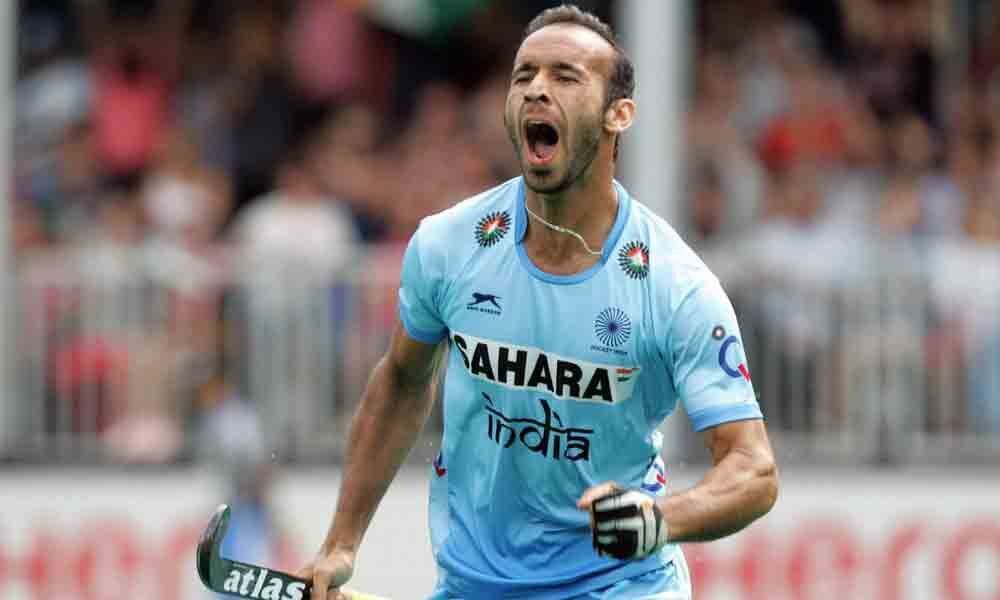 On the opening day of the FIH Men’s Series Finals Bhubaneswar Odisha 2019 on Thursday, when India take on Russia in front of the home crowd at the...

Bhubaneswar (IANS): On the opening day of the FIH Men's Series Finals Bhubaneswar Odisha 2019 on Thursday, when India take on Russia in front of the home crowd at the Kalinga Hockey Stadium here, it would have been exactly 348 days since striker Ramandeep Singh last wore his India Jersey and turned up for the national team's forwardline.

The ace Indian striker was ruled out of competition due to injury. He had suffered a full thickness condral fracture-injury in his right knee during an intense India vs Pakistan match at the FIH Men's Champions Trophy in June 2018. While India went on to win silver medal in the tournament, Ramandeep had to return home for an immediate surgery. "When I got MRI done in the Netherlands, the doctor told me I won't be able to play for the next two years. It came as a real shock to me," he recalled.

"When I consulted a doctor in Bengaluru, I was told I can return to action in six months. My injury was of a rare type as the cartilage and the bone in my ACL had suffered 8mm fracture," explained the striker, who has 124 international caps for India.

The next six months to recovery was a battle Ramandeep fought emotionally and physically.

"I remember being in my room at the SAI Centre Bengaluru, not allowed to walk for three weeks. My teammates would bring breakfast, lunch and dinner to me from the canteen. To be dependent on someone even for basics was emotionally challenging. But the entire team and the support staff were always there to lift my spirits and keep me motivated. I had not disclosed about my injury to my family until I could start walking," he said.

The injury kept Ramandeep out of the team for the 18th Asian Games as well as the Men's World Cup in Bhubaneswar 2018. Ramandeep could return to filed during the recent 9th Hockey India Senior Men's National Championship 2019 (A Division), when he played for his home state Hockey Punjab.

"My aim was to recover for the Men's World Cup, but when that didn't happen, I aimed at playing the nationals to gain match fitness. The entire period was frustrating.

While the team was away for tournaments, I worked alone on my rehab with the help of Hockey India support staff. When India won matches, I felt happy for the team and when they lost, I felt helpless and wondered if I could have made the slightest of a difference," Ramandeep said. Ramandeep's return to the squad was further delayed as he suffered a stress fracture in his ankle during the championship in February, which meant he would not be available for the season open Sultan Azlan Shah in March.

"What kept me strong through this entire period was my hunger to wear the India jersey again. I just did not want to give up on this desire and kept working on gaining full match fitness. Now that I have been selected and have with me the newly launched India jersey, it reinstates my belief and confidence," he said. "I am really excited to play for India again. I have literally counted days for this moment and I will do my best for the team, which stood by me during my struggle over the past year," Ramandeep remarked.