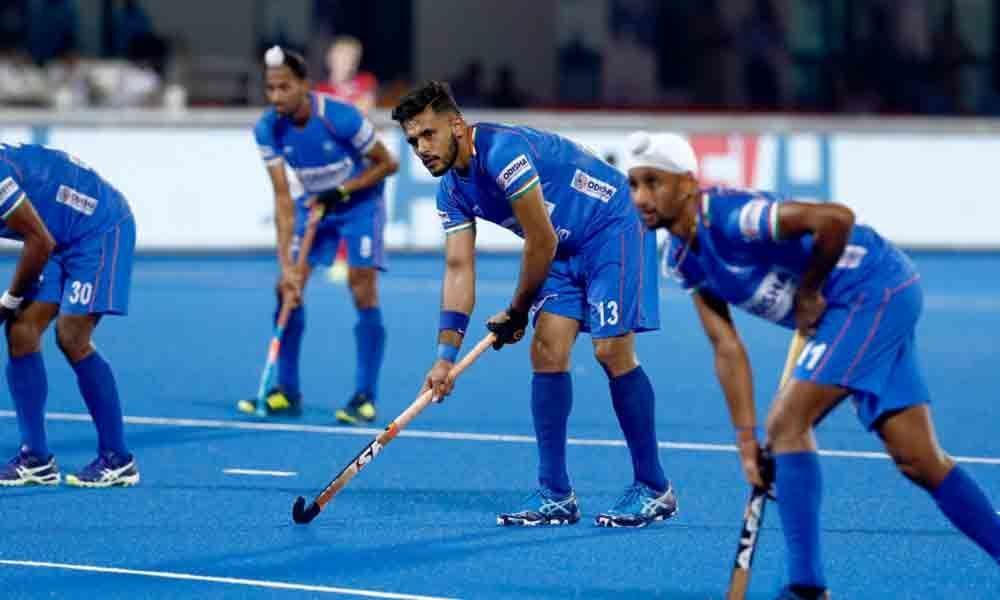 The Indian men’s hockey team will open its campaign against nemesis Malaysia while their female counterpart will take on hosts Japan in the Olympic Test event here on Saturday.

Tokyo (PTI): The Indian men's hockey team will open its campaign against nemesis Malaysia while their female counterpart will take on hosts Japan in the Olympic Test event here on Saturday.

Both the Indian teams have secured their places in the FIH Olympic Qualifiers, to be held later this year, by winning their respective FIH Series Finals.

Being world no. 5 and the top-ranked side in the tournament among men, India start as favourites against world no. 12 Malaysia. The Indians have rested seniors like skipper Manpreet Singh and goalkeeper P R Sreejesh, opting to test some young players.

In Manpreet's absence, dragflicker Harmanpreet Singh will lead the side while striker Mandeep Singh will be his deputy. Malaysia have time and again showed their capability by upsetting big teams like India at the continental level.

It all started back in 2010 when Malaysia stunned India 4-3 with a last-minute goal at the 2010 Guangzhou Asian Games semifinals.

The Malaysians inflicted another agony on the Indians in the semifinals of the 2018 Asian Games, and then too, they conceded a last-minute goal in the semifinals to enable their rivals to draw level and win the encounter 7-6 in a dramatic penalty shoot-out. But, in their last outing at the Sultan Azlan Shah Cup earlier this year, India defeated Malaysia 4-2.

Overall, India boast a formidable record against Malaysia. In the last 10 meetings between the two Asian rivals, India have won six, while Malaysia only managed three victories.

After Malaysia, the Indian men will play world no. 8 New Zealand on Sunday and world no. 16 Japan in their last round-robin match.

Meanwhile, the 10th-ranked Indian women's team will have a relatively easy opener against Japan. Then, Indian women will face their toughest test in world no. 2 Australia, before facing world no. 11 China.

The Indian women will take heart from the fact that they beat Japan 3-1 in the final match of the FIH Series Finals in Hiroshima this year. But Japan hold a slight edge over Indian women in the last 10 meetings between the two teams. While Japan have managed four victories, India have won three with three matches ending in draws.

"We are looking forward to a good start at the Olympic Test Event. This is a great opportunity for us to play against strong teams, and it will give us the chance to see where we need to improve ahead of the crucial FIH Olympic Qualifiers later this year," Indian women's team's chief coach Sjoerd Marijne said.