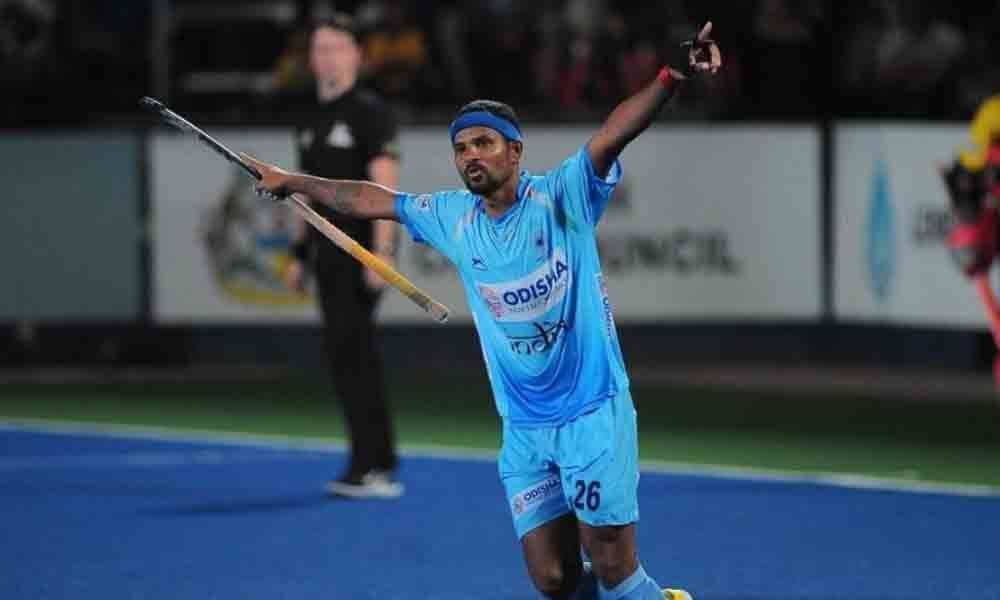 Drag-flicker Rupinder, competing after nearly eight-month injury layoff , scored in the the sixth minute to give the visitors the lead. Sumit found the back of the net in the 12th and 13th minutes, helping India win their second game in a row.

The aggressive Indians dominated the first quarter, constantly looked to break into the striking circle. The tactic worked as all three goals were scored in the first quarter putting the home team on the back-foot.

India's first goal came when the team won their first short corner of the match. Rupinder showed good nick, as he timed the flick well with good power and speed to send it past the opposition goalkeeper.

The home team were left stunned when India converted their third goal in the very next minute when striker Akashdeep Singh set-up the goal scored by 21-year-old Sumit.

With a formidable 3-0 lead in the first quarter, India did well in terms of stitching together good defence to hold off the Australian attack. Harmanpreet remained a vital cog of Indian defence as he won possession from Australian ball-carrier on several occasions that broke the home team's rhythm.

Australia's lone goal-scoring opportunity came in the second quarter when they created a PC but India goalkeeper Krishan Pathak was up to the task.

"It was a very good first quarter with the basics right. After a 3-0 lead, it was important we stayed focused on the process. The second and third quarter was tight. I was happy with the things we have been working on, we created a lot of opportunities and I believe we can still do better in our finishing," Indian chief coach, Graham Reid said.

India will play their next game on Monday where the team will look to continue their fine run in the tour.

"The next game will be harder and we are looking forward to it. The team will be stronger from today's which had about seven national players from Australian senior team. But it's a good progression," Reid added.