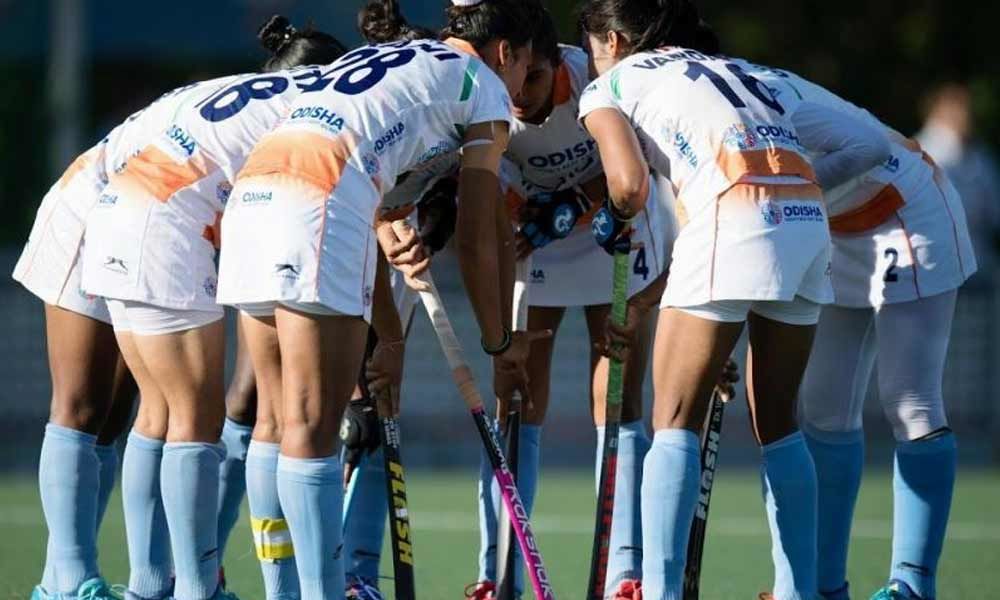 The Indian women's hockey team began their campaign at the FIH Series Finals Hiroshima 2019 with an impressive 4-1 win over Uruguay here Saturday.

Hiroshima: The Indian women's hockey team began their campaign at the FIH Series Finals Hiroshima 2019 with an impressive 4-1 win over Uruguay here Saturday.

Ranked No.9 in the world, the Indian team opened their account with captain Rani giving them the lead in the 10th minute with a skilful strike. At the end of first quarter, India led 1-0 despite Uruguay dominating the possession and creating more opportunities. The South American side had four circle penetrations and two penalty corners, all of them kept at bay by an alert Indian defence. From the two circle penetrations India made, skipper Rani converted one to give her side the lead. India dominated possession in the second quarter.

While Uruguay were kept quiet, India made their moves in the opposition half. In the 21st minute, India got their first penalty corner and Gurjant Kaur did not make any mistake, converting the only PC her team got in the quarter into a goal to double her side's lead in the match. The third quarter had a scrappy start as both sides kept losing the ball. But soon, India got a penalty corner but Uruguayan goalkeeper Constance Schmidt-Liermann was upto the challenge keeping out India's shot. In the same minute, Uruguay got two penalty corners but both were wasted as India kept their defence tight to keep the scoreline at 2-0.

India's constant pressure reaped dividends in the 40th minute. A nice pass from Vandana Katariya was ably converted by Jyoti to make it 3-0 for India, a scoreline that remained intact at the end of the third quarter. The fourth quarter did not have any different script. In the 50th minute, Neha Goyal had a chance to score but she fumbled the chance, inches from the goal post at the right corner.

Against the run of the play, a minute later, Uruguay finally found the back of the net with some individual brilliance from Maria Teresa Viana Ache. She ran through the Indian defence to score her team's first goal in the 51st minute. India were ready to sit on the lead as five minutes later they made it 4-1. Captain Rani made a smart pass in the opposition 'D' to Lalremsiami who was unmarked and she nudged the ball into Uruguayan goal.