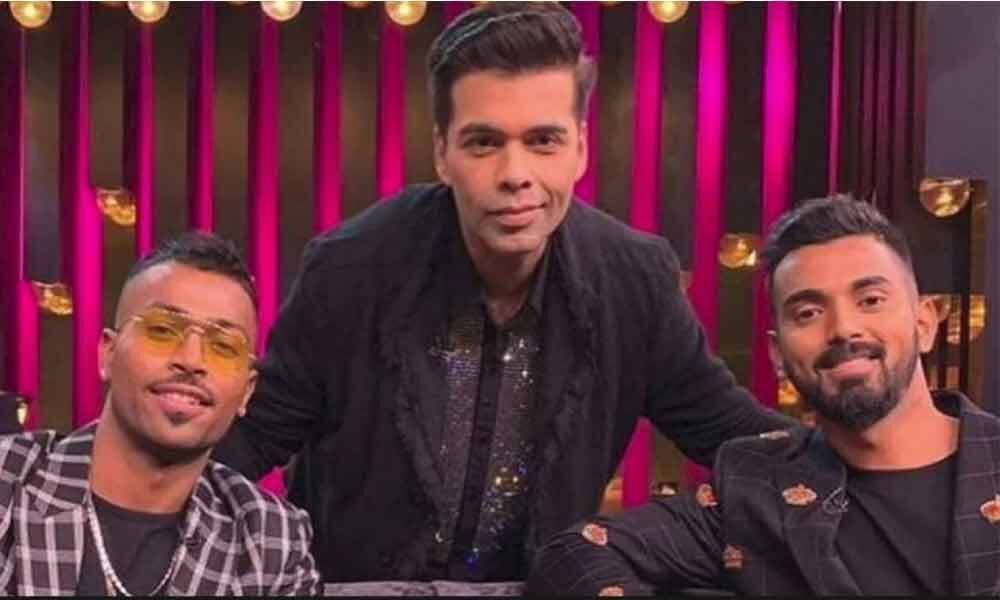 In the order published on the official BCCI website, Jain wrote that no further action will be taken against Pandya and Rahul.

New Delhi: India cricketers Hardik Pandya and KL Rahul were on Saturday fined Rs 20 lakh each by the BCCI Ombudsman DK Jain for their sexist comments on a popular TV show.

In the order published on the official BCCI website, Jain wrote that no further action will be taken against Pandya and Rahul, who have already served a provisional suspension and tendered an unconditional apology for their loose comments on women.

Instead, he directed the World Cup-bound players to play a fine of Rs 20 lakh each that included a payment of Rs 1 lakh each to "each of the most deserving widows of ten constables in para-military forces who have lost their lives while on duty, through 'Bharat Ke Veer App".

Jain also instructed them to deposit Rs 10 lakh each in the fund "created by the Cricket Association for the blind". All payments are to be made within four weeks from the date of the order -- April 19, 2019.

The Supreme Court-appointed Ombudsman had issued notices to Pandya and Rahul earlier this month to appear for deposition for their controversial comments onKoffee with Karan'.

Pandya and Rahul were provisionally suspended by the Committee of Administrators (COA) for their remarks before the suspension was lifted pending an inquiry by the Ombudsman.

Both players became subjects of nationwide criticism following their remarks on women.

The controversial episode was aired in the first week of January, triggering outrage, which prompted the COA to call the duo back from the tour of Australia, handing them provisional suspensions.

The two tendered unconditional apologies and their ban was provisionally lifted pending inquiry. Once Jain assumed his role, the COA handed over the matter to Ombudsman for the completion of inquiry.

The two players have also spoken publicly on the incident, recalling one of the toughest phases of their respective careers.