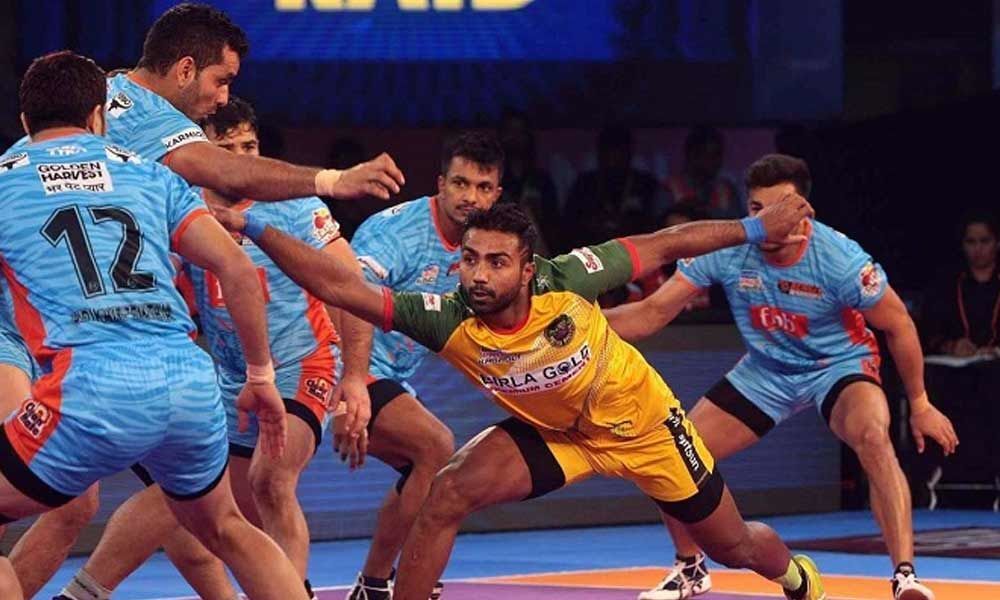 As the Pro Kabaddi League (PKL) readies for yet another action-packed season, a total of 29 players were retained in the Elite Retained Players category for the upcoming season.

Mumbai (IANS): As the Pro Kabaddi League (PKL) readies for yet another action-packed season, a total of 29 players were retained in the Elite Retained Players category for the upcoming season.

The retained Elite players will continue their association with their respective franchises for Pro Kabaddi Season 7 starting July 19.

The number of Elite Retained Players this time has increased from the previous season's 21.

The non-retained players will go under the hammer at the auction to be held on April 8-9.

The Player Retention Policy for VIVO PKL Season VII has been strengthened in line with the objective of building squad continuity and stability.

Franchises can retain up to 6 Elite Players from either category A, B or C, with a maximum of two each from Category A and B.

Following the objective of building continuity, the League introduced a new category where a franchise can retain a New Young Player once his 2-year contract is completed under the "Retained Young Players" category.

This works in favour of young kabaddi players who have proved their mettle and can continue playing with their respective teams and allows the franchises to build continuity of young talent.

The Retained Young Players list will be revealed soon.

Team Tamil Thalaivas have retained Padma Shri Ajay Thakur for the second time in a row, along with Manjeet Chhillar.