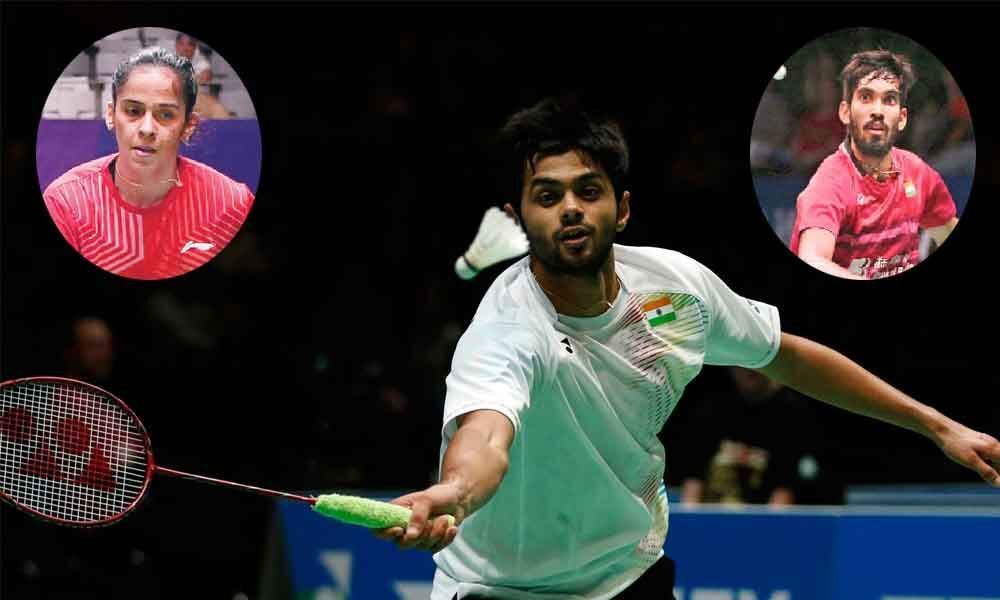 Ace Indian shuttlers Saina Nehwal and Kidambi Srikanth crashed out of the Thailand Open after suffering unexpected defeats but B Sai Praneeth sailed into the quarterfinals of the men’s singles event here on Thursday.

Bangkok : Ace Indian shuttlers Saina Nehwal and Kidambi Srikanth crashed out of the Thailand Open after suffering unexpected defeats but B Sai Praneeth sailed into the quarterfinals of the men's singles event here on Thursday.

Seventh seed Saina, who returned to action after nearly two months, squandered a game advantage to lose 21-16 11-21 14-21 against unseeded Sayaka Takahashi of Japan in a women's singles second round duel that lasted 48 minutes.

In the absence of PV Sindhu, who withdrew in the last minute from the event, Saina's ouster marks the end of India's campaign in women's singles. Saina had earlier made last-minute withdrawals from Indonesia Open and last week's Japan Open because of injuries.

Later, fifth seed Srikanth too wasted a game's lead to bow out against less-fancied Khosit Phetpradab of Thailand 21-11 16-21 12-21 in the second round of the men's singles.

But Sai Praneeth, who reached the semifinals of Japan Open last week, continued his good form and stormed into the last-eight round with a comfortable 21-18 21-19 win over compatriot Shubhankar Dey.

Sai Praneeth will be up against seventh seed Kanta Tsuneyama of Japan in the next round. However, it was good news for India in the men's doubles event as the pair of Satwiksairaj Rankireddy and Chirag Shetty moved into the quarterfinals after registering a straight-game 21-17 21-19 win over Indonesian combination of Fajar Alfian and Muhammad Rian Ardianto.

The India duo will next play qualifiers Choi Solgyu and Seo Seung Jae of Korea on Friday.

In mixed doubles too, the Indians had a forgettable outing on Thursday as the pair of Pranaav Jerry Chopra and N Sikki Reddy lost 16-21 11-21 against eight seeds Tang Chun Man and Tse Ying Suet of Hong Kong to bow out of the tournament.