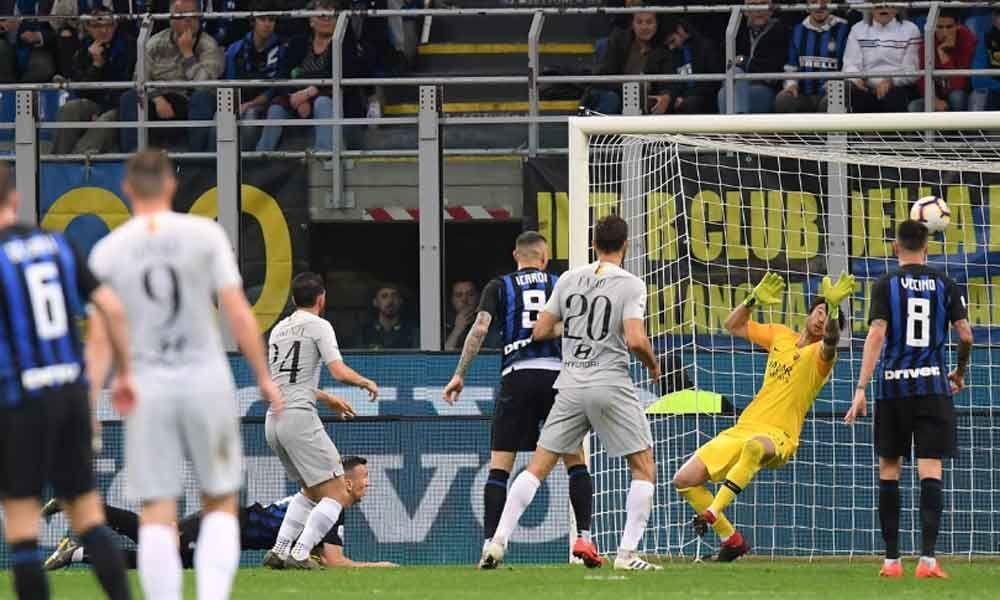 Ivan Perisic headed a second-half equaliser to rescue a 1-1 Serie A draw for Inter Milan at home to AS Roma on Saturday in a key game in the battle for Champions League places.

MILAN:Ivan Perisic headed a second-half equaliser to rescue a 1-1 Serie A draw for Inter Milan at home to AS Roma on Saturday in a key game in the battle for Champions League places.

Stephan El Shaarawy stunned the San Siro with a brilliant Roma goal in the 14th minute when he broke down the left, cut inside, glided past three defenders and curled his shot into the top corner from the edge of the area.

The goal came shortly after Inter forward Lautaro Martinez had his header brilliantly tipped on to the post by Roma goalkeeper Antonio Mirante.

Inter, whose attacks frustratingly broke down outside the area, levelled in the 61st minute as Perisic met Danilo D'Ambrosio's curling cross with a diving header which flew past Antonio Mirante.

Roma nearly grabbed a stoppage-time winner but Samir Handanovic made a brilliant save from Aleksandar Kolarov after the Serb broke clear of the Inter defence.

Inter stayed third with 61 points and Claudio Ranieri's Roma fifth with 55, one point behind AC Milan who drew 1-1 at Parma. The top four teams qualify for next season's Champions League.

"We came here trying to win, which is what I always want from my teams," said Ranieri, whose side have won three games, drawn two and lost two since he replaced Eusebio Di Francesco.

"We could have done better on the counter-attack in the second half."

Inter coach Luciano Spalletti said it was the right result.

"There were chances for us but we have not been so good at keeping our shape at the back while attacking which is our Achilles heel," he said. "It is a valuable result in the circumstances."