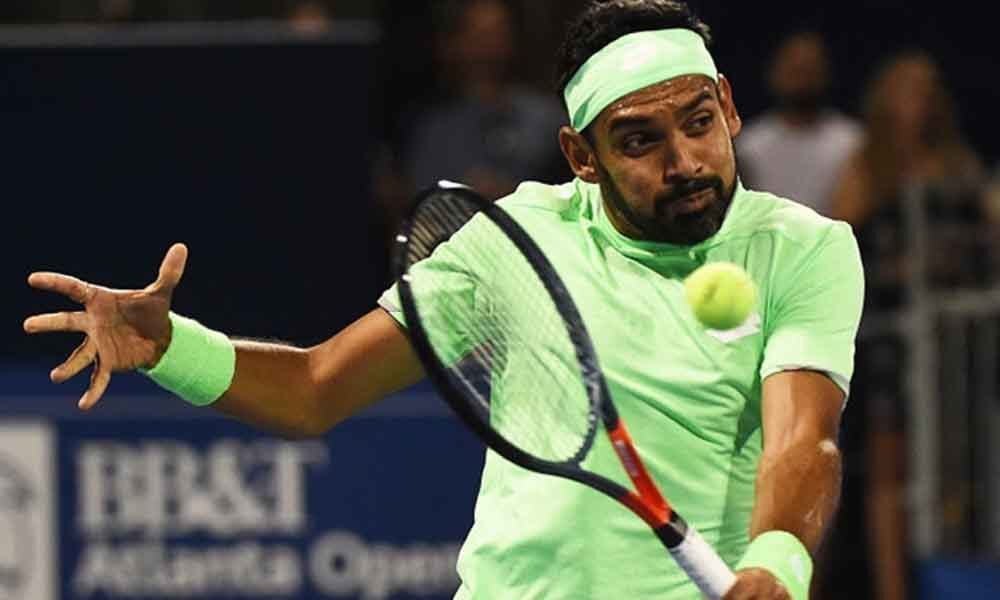 India’s Divij Sharan made a first-round exit from the US Open with partner Hugo Nys after losing in straight sets to Robert Carballes Baena and Federico Delbonis, here.

New York : India's Divij Sharan made a first-round exit from the US Open with partner Hugo Nys after losing in straight sets to Robert Carballes Baena and Federico Delbonis, here.

The Indian and his partner from Monaco lost 4-6 4-6 to the players, who are both ranked outside top-100 bracket. Sharan and Nys did not get any break-point in the 72-minute clash while their rivals broke them once each in both the sets to move to the next round.

This is the second time this season that left-handed Sharan has made a first-round exit from a Grand Slam, losing at the same stage at the Australian Open also. The result means that he is likely to drop a rung to 48 when the new rankings will be issued after the conclusion of the last Grand Slam of the season.

Reaching the Wimbledon quarterfinals in 2018 remains his best show at the Majors. Rohan Bopanna and Leander Paes are also in the men's doubles draw with their respective partners. Bopanna and his Canadian partner Denis Shapovalov are up against French fourth seeds Pierre-Hugues Herbert and Nicolas Mahut.

Paes has paired with Argentina's Guillermo Duran and they will open their campaign against Serbia's Miomir Kecmanovic and Norway's Casper Ruud.

Nadal gets walkover, Halep crashes out

Three-time champion Rafael Nadal advanced into the third round of the ongoing US Open without hitting a ball in the second round while former women's world No. 1 Simona Halep crashed out, conceding a shocking defeat to 116th seed.

Nadal's advance came after his scheduled second-round opponent Thanasi Kokkinakis was unable to play due to injury. According to tournament organisers, the Australian wildcard entry Kokkinakis pulled out of the Thursday evening tie with a right shoulder problem.

In other men's singles clash, Australia's Nick Kyrgios defeated France's Antoine Hoang 6-4, 6-2, 6-4 to advance to the third round.