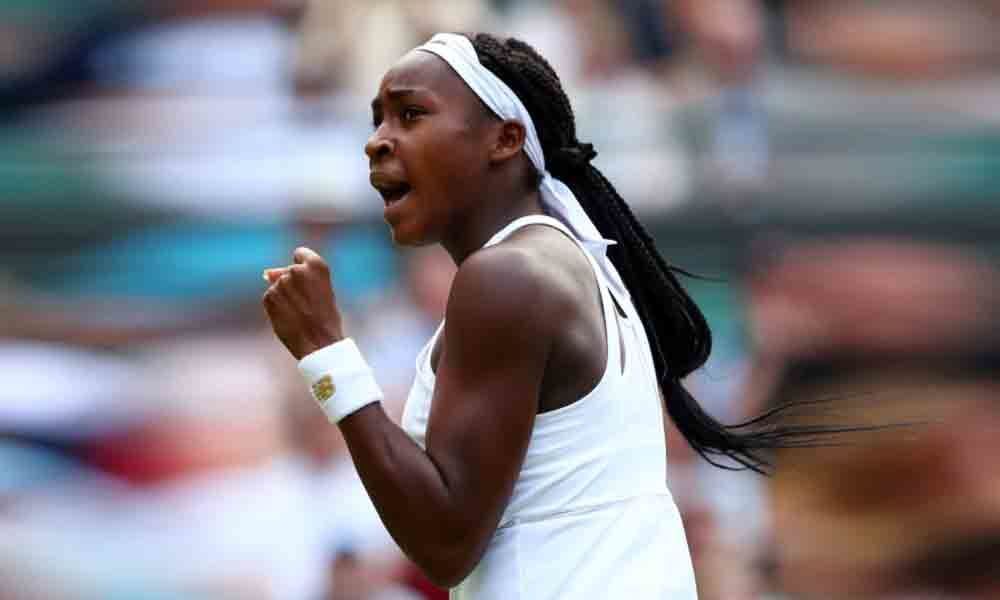 Cori Gauff, at 15 the youngest ever qualifier for Wimbledon, is not content with just beating five-time champion Venus Williams -- now she wants to win the title.

London (AFP): Cori Gauff, at 15 the youngest ever qualifier for Wimbledon, is not content with just beating five-time champion Venus Williams -- now she wants to win the title.

The teenage American, who was not even born when Williams won her first two Wimbledon singles titles, showed not an ounce of fear on Court One, making light of the 24 years age difference and her ranking of 313 as she eased to a 6-4, 6-4 victory.

Gauff made no bones about her ambitions at the tournament. "My goal is to win it," she said. "I said this before: I want to be the greatest. My dad told me that I could do this when I was eight. I'm still, like, not 100% confident. But you never know what happens."

Gauff said she was determined to make the most of her opportunities. "I mean, like my motto is just like wing it," she said.

"I've said that before. This is kind of a sad thing, we're all going to die one day, I just want to make the most of it." Gauff, who revealed Rihanna and Beyonce were her role models off the court, said she had not allowed her admiration of childhood idol Williams affect her play.

However, she did have a slight wobble at the end when she let slip three match points. Williams, whose exploits along with her younger sister Serena inspired Gauff to take up the sport, made no secret of how far Gauff could go. "I think the sky's the limit, it really is," said Williams. "Just have fun. Enjoy life. That's all you can do." Gauff, who said Roger Federer had been a big help too re-energising her and could claim some credit for her winning the French Open junior title last year, said she had finally been able to muster the courage to address one of the Williams sisters after twice failing to prior to that.

"I was just telling her thank you for everything she's done," said Gauff. "She and her sister have been, like, heroes for me and many other little girls out there. I was just thanking her."

Gauff sank into her chair and cried in the immediate aftermath of the victory. Later she recalled the previous time she had been reduced to tears.

"The movie 'Endgame' when Ironman died, I was crying," she said. "Every time I think of it, I get teary-eyed because I really liked Ironman."

Gauff, though, said there is another side of her when she is off the court. "I'm definitely really goofy off the court," she said. "I'm always cracking jokes. I was practicing, people were taking pictures of me.

"Actually quite a few people. I was actually, like, smiling. The pros who have been here for a long time, they're serious. 'But I can't just help laugh because it's weird for people to take pictures of me and not smile."