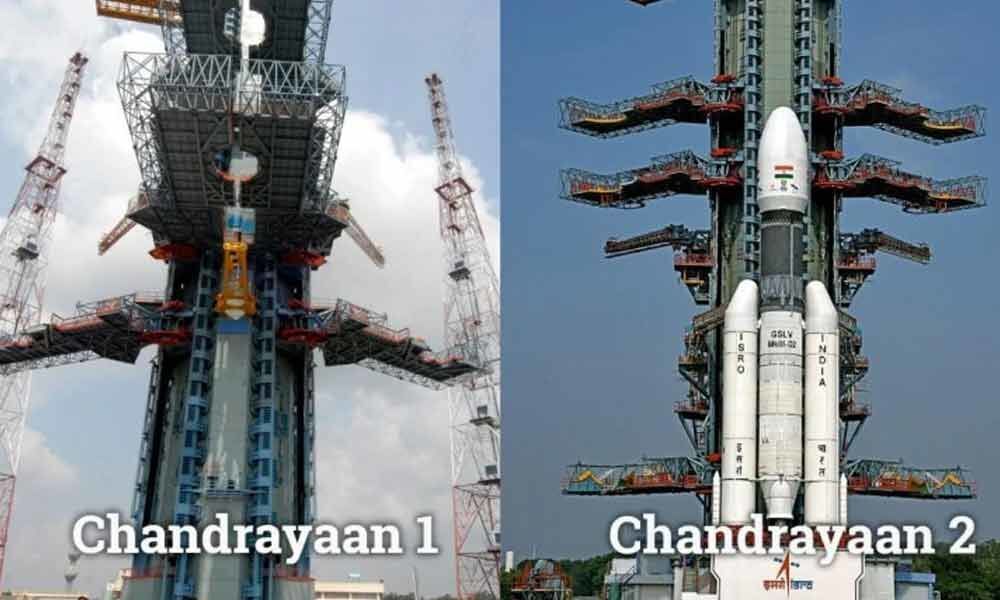 The mission will be launched at 2:51 am on July 15 from Satish Dhawan Space Center in Sriharikota in Andhra Pradesh.

If the mission is successful, it will make India the fourth country after the United States, Russia and China to make a "soft" landing on the Moon and put a rover on the lunar surface. This year in January, China successfully landed a lunar rover.

Chandrayaan-2 will comprise of an orbiter, a lander (Vikram) and a rover (Pragyaan), all of which have been built by Isro.

The mission will be launched at 2:51 am on July 15 from Satish Dhawan Space Center in Sriharikota in Andhra Pradesh. Chandrayaan-2 will be launched into orbit onboard the Geosynchronous Satellite Launch Vehicle Mk-III, or GSLV Mk-III.

Chandrayaan-2 is a follow-up mission to the Chandrayaan-1. After a journey of more than 50 days, Isro's Pragyaan lander will attempt a "soft", controlled landing on the lunar surface around September 6, 2019.

The Chandrayaan-2 was initially planned as a collaboration with Russian space agency Roscosmos, but in 2013, India ended the deal due to technical differences with the Russian programme.

Chandrayaan-1 was launched on October 22, 2008, by India's Polar Satellite Launch Vehicle -- PSLV-C11 -- from the Satish Dhawan Space Centre, Sriharikota whereas Chandrayaan-2 will be launched on July 15, 019 by the GSLV Mk-III.

The Chandrayaan-1 spacecraft made more than 3,400 orbits around the Moon. Chandrayaan-1 was operational for 312 days till August 29, 2009. Chandrayaan-2's orbiter will continue its mission for around one year.

Chandrayaan-1 spacecraft had 11 scientific instruments onboard. Out of which five were Indian while the remaining were from European Space Agency (ESA), National Aeronautics and Space Administration (Nasa) and Bulgarian Academy of Sciences.

The rover carries two payloads to improve our understanding of the lunar surface. A passive experiment from Nasa will also be carried onboard Chandrayaan-2.

Chandrayaan-2 will be assisted in achieving its mission by some of India's most advanced engineering marvels. Its integrated module, which comprises technology and software developed across the country, includes Isro's most powerful launch vehicle to date and a wholly indigenous rover. Some of the advancements on the spacecraft include:

Lander capable of 'Soft Landing' on the lunar surface