Now you can verify your vote using VVPAT 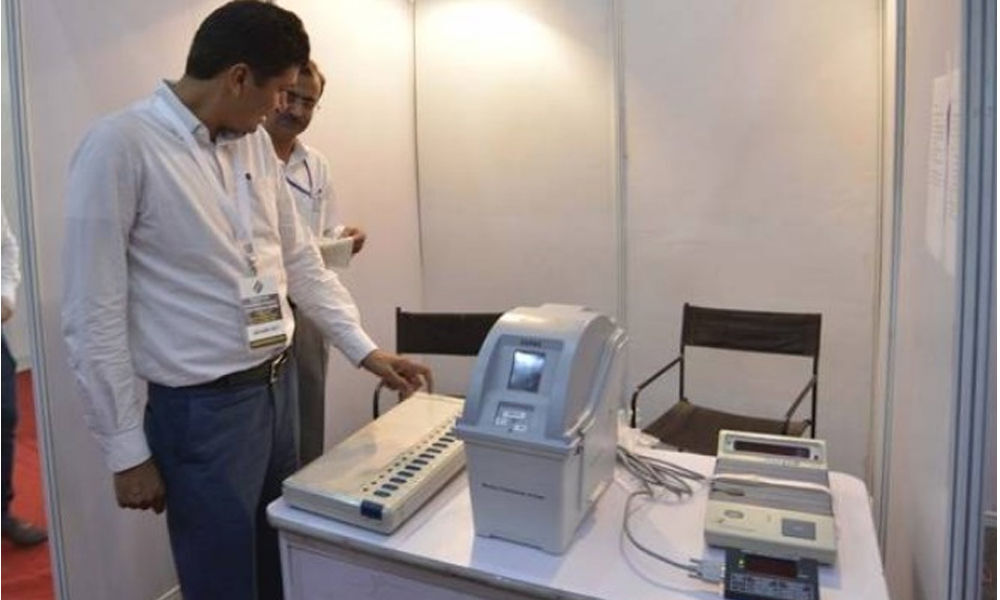 In 1989 Indian electoral process the electronic voting machines (EVMs) were launched. While the verifiable paper audit trail (VVPAT) will make its first appearance during the general elections this year 2019.

The basic idea is to improve transparency during the voting process. Use of VVPAT will also allow users to verify their vote was cast as per their intention.

The new method of vote verification came into existence after the Delhi High Court ruled in 2012 that EVMs are not "tamper-proof." Although the court did not express the Election Commission (EC) to include a paper trail to record the votes, it recommended for some mechanism should be incorporated to put an end to the doubts.

The Supreme Court verdict came in the year 2013 that the EC should utilize the VVPAT system so that there would be a way to audit the electronic results.

How does VVPAT work?

Before the voters cast their ballot, he/she should check the LED power light on the EVM which should be green. The green light shows that the machine is not busy and it is ready to record the vote. Once the voter cast his/her vote, there should hear a 'beep' sound to confirm that the vote has been recorded by the machine.

The display window with the receipt information will be sealed which can't be physically touched by the voters. In general, when the machine is not in use, the window appears black and the items behind the window aren't visible.

Only when a vote is cast on the EVM, the light within the viewing window gets switched on, that too for only seven seconds. In that short time frame, voters need to verify the details are correct before the slip gets cut and falls into a seal drop box within the VVPAT.

The EC says the VVPAT can only be attached to the EVM. In fact, it has only one port in order to register votes. Since the print runs on a battery pack, like the EVM, it's not electricity dependent to operate.

As per the EC, the EVMs are being upgraded to a third generation 'M3' machines, which are claimed to be tamper-proof and have a self-diagnostic system to authenticate whether a machine is genuine or not.

Veteran psephologists Prannoy Roy and Dorab R. Sopariwala wrote in their book 'The Verdict', which was released on March 15, "Each EVM can record a button being pressed only after every 12 seconds. If buttons are pressed more often, the EVM will not record any vote. In any 'booth capture' situation, it would take nearly three and a half hours to press the buttons 1,000 times (the typical number of votes for any EVM) and even that assumes the buttons would be pressed rapidly, every 12 seconds exactly. EVMs are simply not a feasible or efficient way to carry out electoral fraud."

Mock polls are carried out make sure that the machines are in finest working condition and through an elaborate randomization process, the machines are allotted to the polling booths so that nobody comes to know which machine will be placed at which polling booth until the very last minute.

Idealistically the introduction of the VVPAT system should serve as a guarantee for those who fear EVM meddling by the political parties.

Though the EC maintains that the EVMs can't be "tinkered" in any way, during the Uttar Pradesh bypolls in May 2018 there were allegations made where voters and some candidates claimed that it does not matter which button was pressed on the machine, the EVM registered the vote in favour of the BJP.