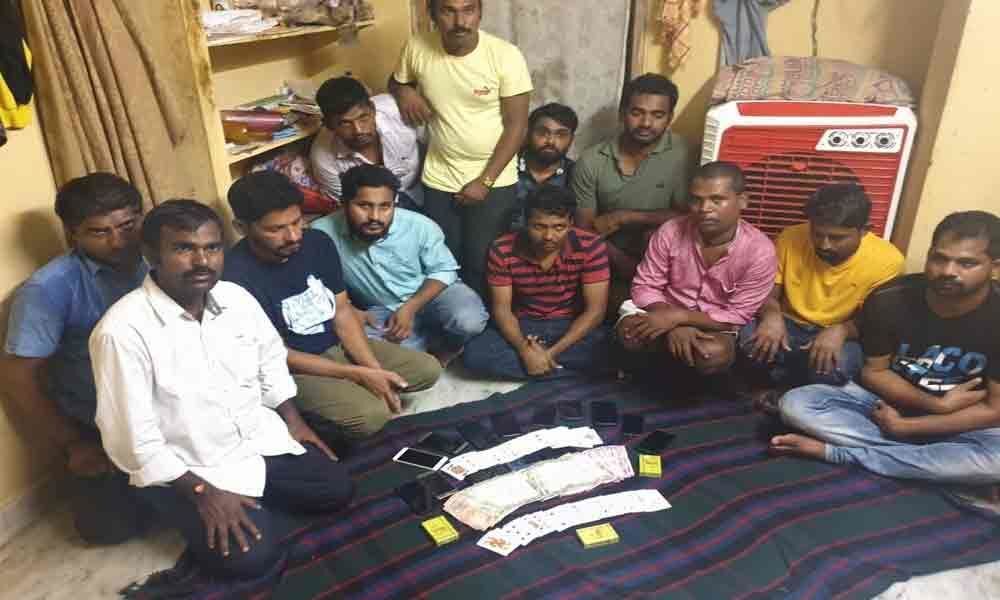 Hyderabad: The Central Zone Task Force officials along with the Chikkadpally police on Tuesday late night conducted raid on common gaming house in Chikkadpally and arrested 12 respondents and seized Rs 1.02 lakh net cash, 14 cell phones from the possession of the accused.

The organisers Prakash and Naveen were organising three cards game since last three months and were inviting known and unknown punters to their rented house and playing the game on commission basis and gaining illegal money.

They were charging Rs 500 per game as commission. The respondents along with seized property were handed over to Chikkadpally Police for further action.