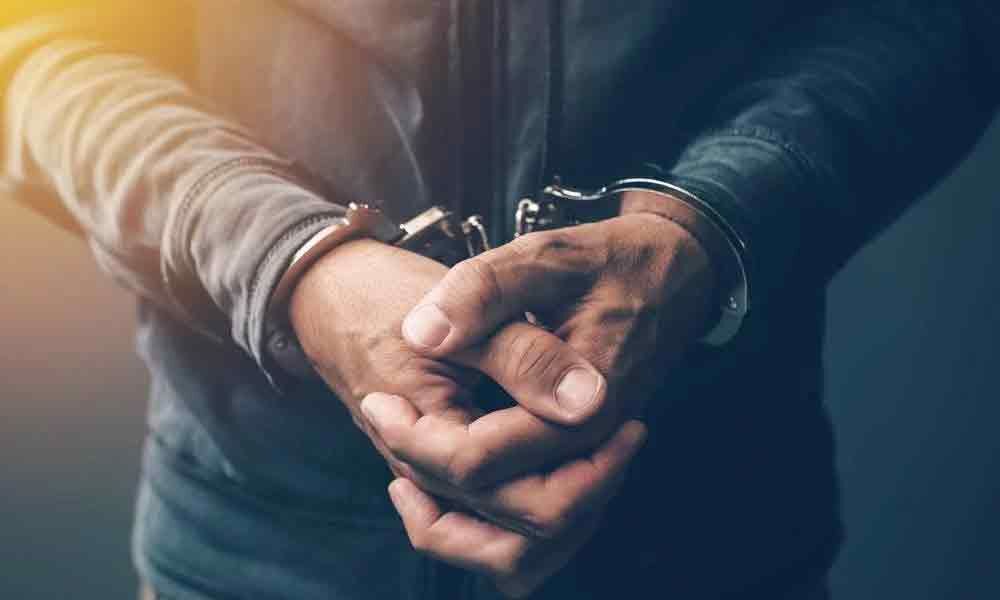 Central Zone Task force sleuths on Thursday arrested three fraudsters who collected an amount of Rs 40 to 50 lakh by posing themselves as film producers and cheated one old lady.

Hyderabad: Central Zone Task force sleuths on Thursday arrested three fraudsters who collected an amount of Rs 40 to 50 lakh by posing themselves as film producers and cheated one old lady.

The accused V Naresh Kumar (28), an office boy, M Rama Krishna (20) and K Somanna (33) painters along with 13 other absconding accused collected the amount from the complainant on the pretext of giving her a chance of acting as a character artist in their upcoming movie RRR.

The fraudsters randomly selected the cell number of advocate from Just Dial and called her for a legal advice, in the mean time, he introduces himself as film producer Aditya, and told her that he produces many films and he knows film director Rajamouli.

Later, he asked the complainant about any interest in the movies, if she shows any interest then he traps her and offer her the role in RRR movie as a mother character and also imitated voice of the film director Rajamouli film on phone.

Further he repeatedly call the complainant through many phone numbers and started cheating her saying that she has to take Film Chamber ID card, MAA ID card, TV serial card etcetera and for that she has to transfer money to some account numbers.

Believing him, she transferred money as per their demands in various accounts provided by the accused Aditya. From January to June 2019, the complainant transferred Rs 40-50 lakh to Aditya account.

On April 17, Aditya called over cell phone and asked her four- wheeler for film sight visit as his car was in repair. She believed his version and handed over her car to him. But the accused did not return her car and used it for his own purpose.

After repeatedly asking her for more money when she said no to their further demands, Aditya and his friends started abusing her in vulgar language and threatened her and absconded by switching off their mobile phones.

The victim lodged a complaint in Bowenpally police station based on which police registered a case under section 406, 420 IPC and apprehended the accused.