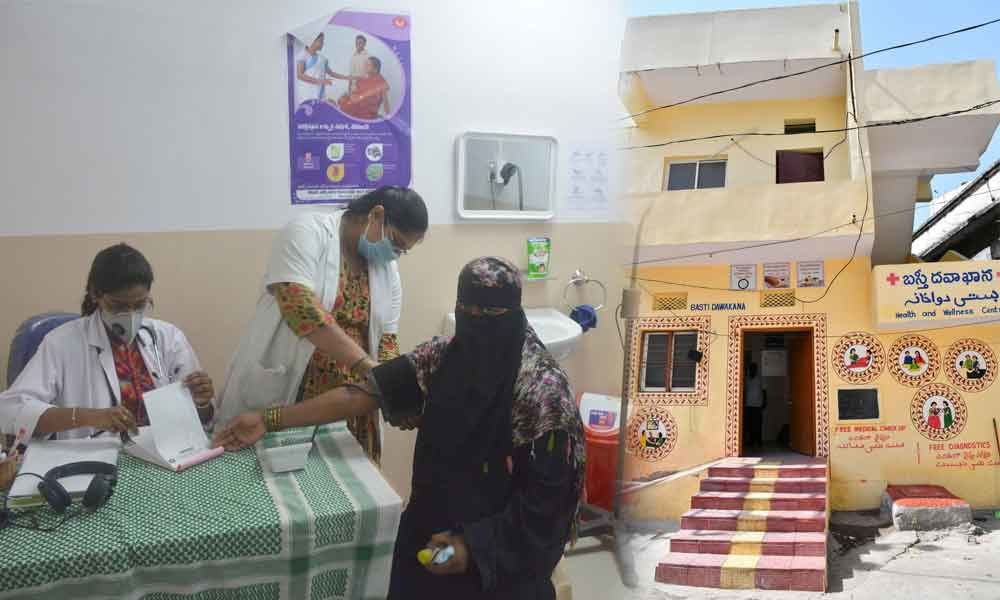 As many as 147 types of medicines are made available

Hyderabad: The new Basthi Dawakhanas, numbering 45 have 147 types of medicines with a doctor, a nurse, a paramedical staff who would also double up as a pharmacist opened on Friday in various parts of Greater Hyderabad.

On an average, each Dawakhana would cater to 80 patients in a day between 9 am to 4 pm. While the older Basthi Dawakhanas are struggling with the lack of stock of medicines, the ones opened on Friday in newly painted buildings are stacked.

In all, there are 167 doctors, 167 nurses and 167 paramedical staff. IT Minister KTR inaugurated a Dawakhana at Vengal Rao Nagar.

Several ministers and GHMC Mayor Bonth Rammohan also opened many Dawakhanas across the city. Finance Minister Eatala Rajender urged people to be on utmost alert as lockdown restrictions were relaxed.

Each Basthi Dawakhana is to cater to a population of 4000 to 5000. Dr Premaamrutha General Physician, Basthi Dawakhana Dwaraka Nagar, Chintal said, "In Quthubullapur circle there are two centers one is located Ram Reddy Nagar and other is at Chintal.

♦ Screening for non-communicable diseases such as BP, sugar, cancer