Bajireddy likely to be government Chief Whip in Assembly 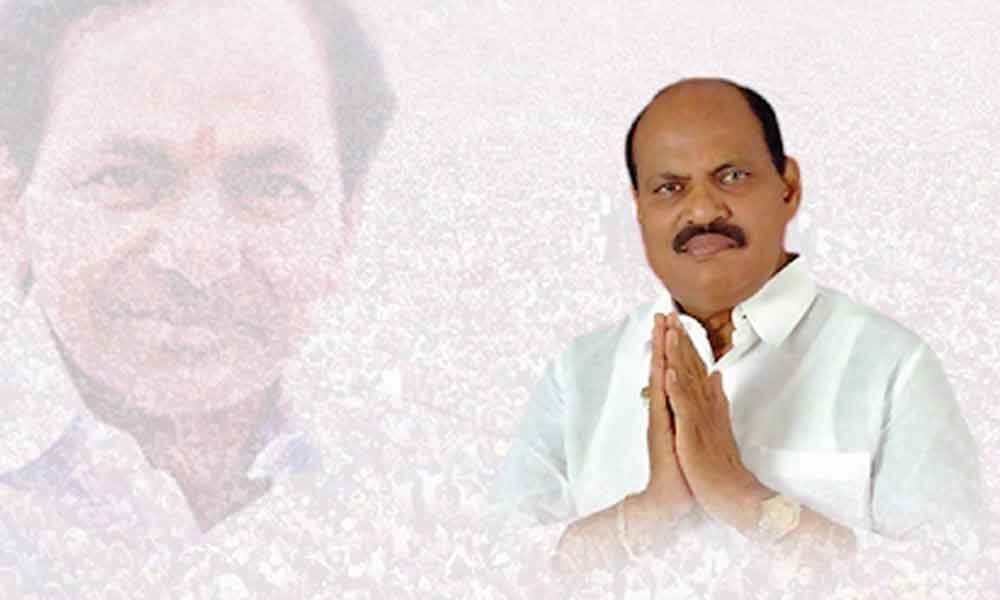 TRS MLA from Nizamabad rural Bajireddy Goverdhan is likely to be made government Chief Whip in the Assembly ahead of the budget session.

Hyderabad: TRS MLA from Nizamabad rural Bajireddy Goverdhan is likely to be made government Chief Whip in the Assembly ahead of the budget session.

According to sources, the chief minister has decided to make appointments to Chief Whip and also Whips in the Assembly as the budget session is going to start from September 9. Presently, there are no Whips in the Assembly. Since the coming session is going to be full-fledged budget session, the government is contemplating to have Chief Whip and Whips.

Whips play important role in Assembly in floor coordination, talking to floor leaders of the party and passing the government information to the members.

They also ensure members follow party discipline in the proceedings and also make sure members vote as per the decisions of the party. Earlier, Koppula Eshwar was the Chief Whip but after he became minister, the post is lying vacant.

Sources said that Bajireddy Goverdhan is likely to be made Chief Whip of the Assembly. Sources also said that the government wanted to make D Vinay Bhaskar the Chief Whip but he is said to have not willing to accept this post.

Sources said that the names of Chennur MLA B Suman, Padma Devender Reddy, G Sunita and others were also in consideration for the post of Whip.