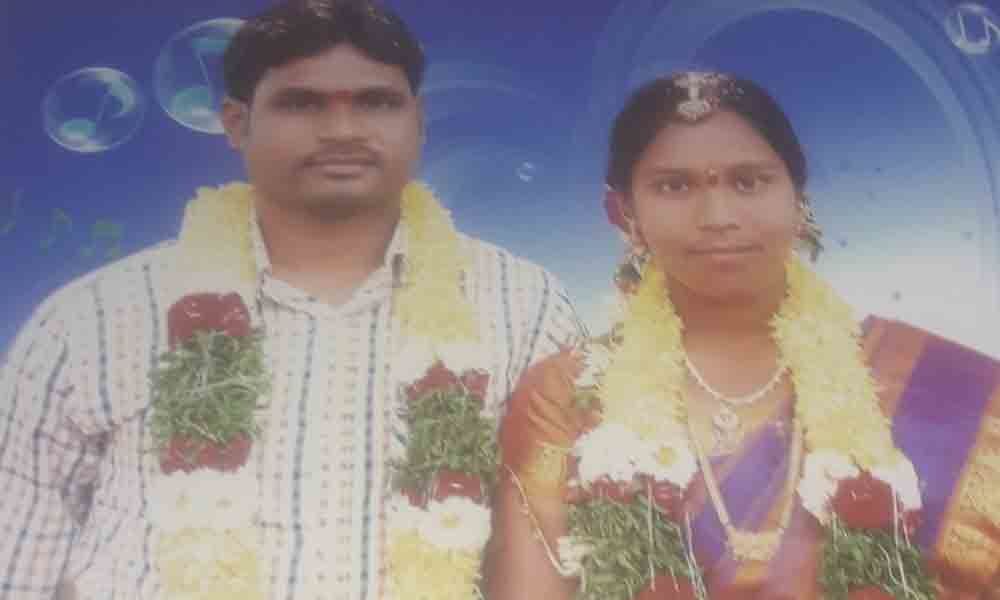 In a tragic incident, a couple, burdened by financial issues, committed suicide on rail tracks near Nalgonda railway station on Monday at midnight.

Nalgonda: In a tragic incident, a couple, burdened by financial issues, committed suicide on rail tracks near Nalgonda railway station on Monday midnight.

The deceased were identified as Murarishetty Nagesh (36), an auto driver, and Charitha (31), natives of Old City of Nalgonda town.

According to railway SI Achyutham, the committed suicide by falling under intercity express train near Food Corporation of India warehouses in Nalgonda town. He informed that the couple reportedly took the extreme step due to financial crisis.

The two got married six years ago. Upon receiving information from locals on Tuesday morning, the railway police rushed to the spot and informed the same to the family members of the deceased.

Based on complaint of Charitha's parents, the railway police registered a case and shifted the dead bodies to district hospital for post-mortem.