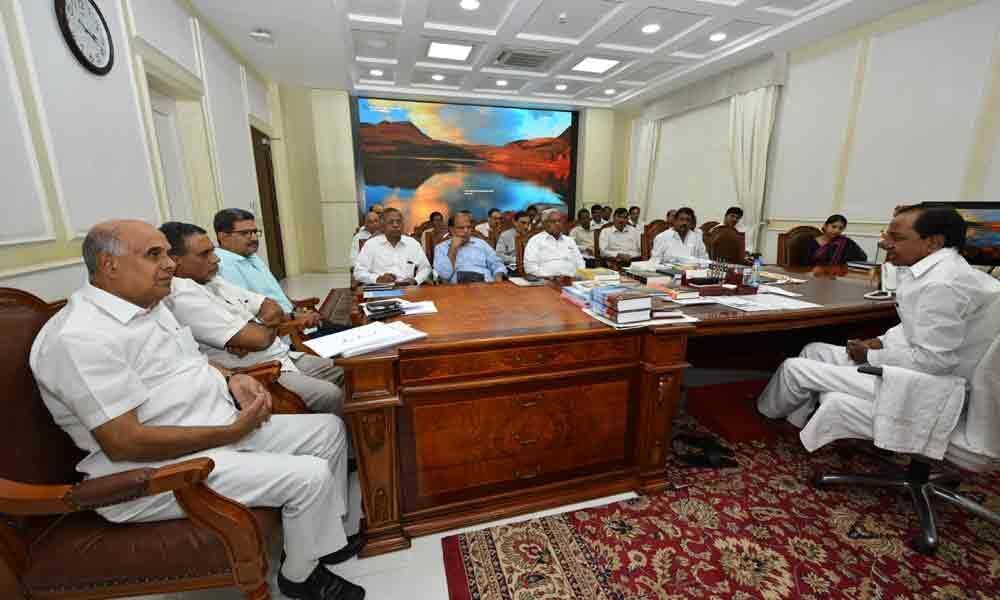 To achieve self-sustainability in the energy sector, Telangana state government has come out with a proposal to generate hydel power through lift schemes taken up under one of the India’s biggest lift irrigation project in the state - Kaleswharam.

Hyderabad: To achieve self-sustainability in the energy sector, Telangana state government has come out with a proposal to generate hydel power through lift schemes taken up under one of the India's biggest lift irrigation project in the state - Kaleswharam. Chief Minister K Chandrashekhar Rao mooted the proposal to establish hydel power generation stations at all Kaleshwaram lift project sites in a move to meet the power demand after the project commissioned.

The chief minister held a review meeting on supply of power for lifting of water from Kaleshwaram project here at Pragati Bhavan on Thursday. He said that there is a possibility of producing hydel power through lift irrigation and hence scientific survey has to be made with regards to hydel power production and the places where it can be produced. The CM instructed Transco and Genco Chairman and Managing Director D Prabhakar Rao to come up with a project report on the establishment of hydel power generation units at all lift schemes.

KCR asserted the requirement of power will be increased once all the lift irrigation schemes are operational from July this year. It required 3,800 MW of additional power to lift power during the agricultural season. Currently, Telangana power consumption reached 11,000 mw. The construction of hydel units at lift projects will help to generate power and use the same for lift water without depending on external sources.

Under Kaleshwaram, water will be lifted and supplied through Medigadda, Annaram and Sundilla to Yellampally and from there to Midmanair. Through reverse pumping from Midmanair, 1 tmc feet of water needs to be lifted to Sriramsagar project and another tmc ft to Mallannasagar. Nearly 540 tmc ft to 600 tmc ft of water will be lifted from the lift scheme for irrigation and drinking water needs.

The Transco official said that the department is prepared to supply 6,000 MWs for the lift irrigation projects and is totally geared up to meet the demand even if it touches 17,000 MWs. The present installed capacity is 16,203 MWs and by the end of this year the production will commence for 1080 MWs at Bhadradri plant and through NTPC another 1600 MWs will be available in couple of months.

The works at 4,000 MWs Yadadri Ultra Mega Power Plants are on fast track, Rao said that the Transco is totally prepared and is capable of supplying 28,000 MWs power on completion of production in the future.

Complimenting the power organisations for completing the required arrangements to supply power to Kaleshwaram project, the chief minister asked the officials to ensure the mobilization of the required additional power supply round the clock for six months in a year when there would be full flow of water in Godavari river.

To get a first-hand report, the Chief Minister decided to visit Ramagundam on Saturday and Kaleshwaram on Sunday. During his visit, KCR will go around the 1,600 MWs installed capacity - NTPC Power Plant which is under construction at Ramagundam. The CM will also hold a review meeting with NTPC and Genco officers. After offering prayers at Kaleshwaram temple, the CM will inspect the Kaleshwaram project construction works at Medigadda and Kannepally.