Cops rap driver for ferrying 24 in a single auto 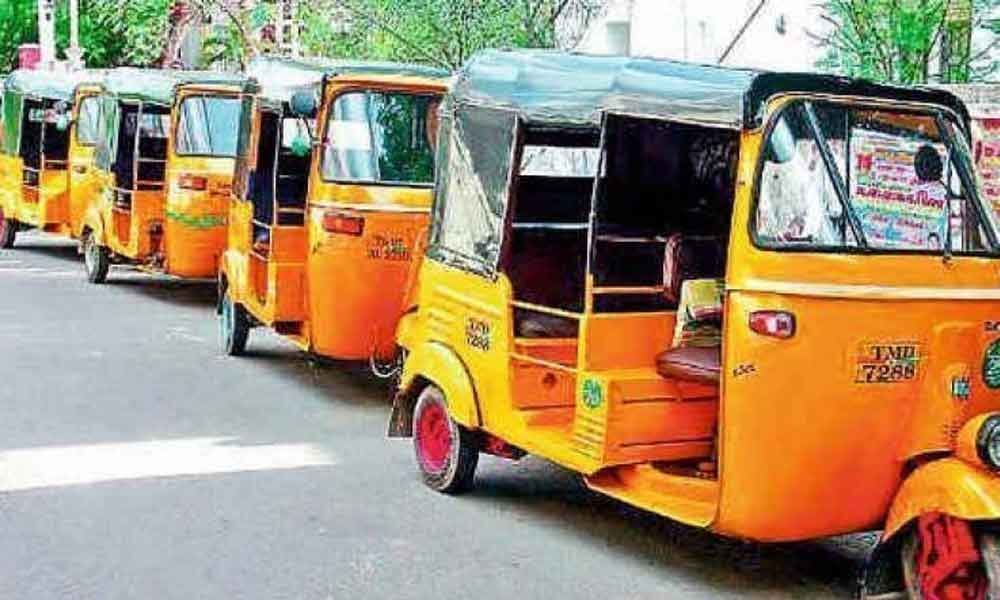 It is quite common to overload autorickshaws in rural areas. But accommodating 24 passengers in an auto is quite a wonder.

Karimnagar: It is quite common to overload autorickshaws in rural areas. But accommodating 24 passengers in an auto is quite a wonder.

Police were surprised to see an auto carrying 24 passengers on the outskirts of Karimnagar city on Monday, during routine vehicle checkup.

The police gave counselling to auto driver Abdul, resident of Thimmapur village of Karimnagar rural mandal, and to the passengers, who boarded the auto with their children.

Cops warned the driver that his license will be cancelled, his auto will be seized and a case also will be filed against him, if he repeats this feat again.

The police had uploaded the video of the auto with 24 passengers on social media, which went viral in no time. Commissioner of Police VB Kamalasan Reddy said the police during routine vehicle check noticed an overloaded auto and gave counselling to the driver and passengers.

He expressed worry that many passengers might have received injuries, lost limbs or worse even die, if this vehicle meets with an accident, as the auto is not designed to transport passengers more than the seating capacity.

Kamalasan Reddy said that on number of occasions, the police had warned the auto, taxi, van and bus drivers not to carry passengers more than the seating capacity of the respective vehicles as it would result in the accidents and also imposed fines to those, who violated the rules.

But some parents are reportedly forcing the vehicle drivers to board their children even though there is no place for their children in that particular vehicle.

Cases will be lodged against parents and passengers, including vehicle drivers if they violate rules, he warned. The CP appealed the people not to board such vehicles, which carry more passengers and asked them to take care of their own safety.

If they notice any vehicle drivers, who overload passengers, inform the police to prevent accidents, he stated.