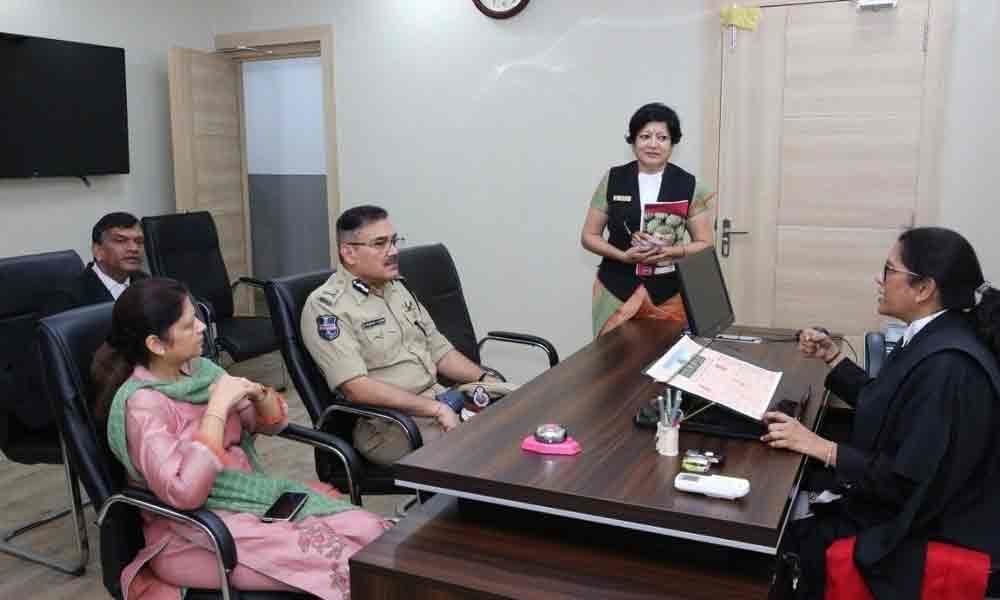 Hyderabad: City Police Commissioner Anjani Kumar on Wednesday personally attended the trial of two POCSO cases' in the Child Friendly Court. In one of the cases, a small boy was sexually assaulted by an accused under Kanchanbagh police station limits.

The Commissioner also interacted with Additional Public Prosecutor Prathap Reddy, investigation officers SVN Shiva Rama Sharma, ACP Santosh Nagar and other officers, along with Shikha Goel, Additional Commissioner of Police, Crimes and SIT and C Narmada, ACP, SHE Teams. The Commissioner spoke to other police officers with regard to securing conviction in all the cases.