Errabelli seeks cooperation of all parties for action plan 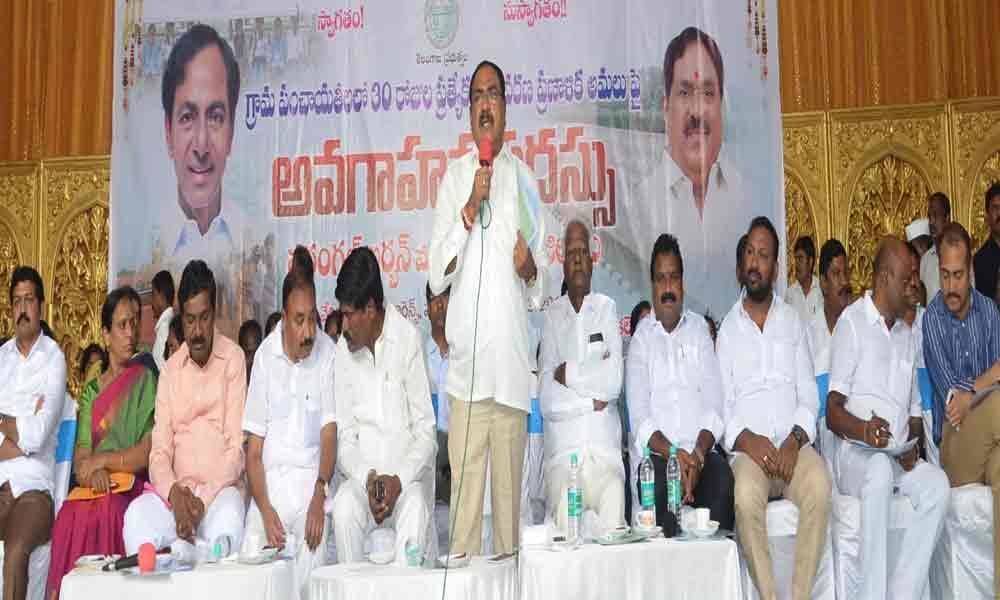 Minister for Panchayat Raj Errabelli Dayakar Rao said participation of one and all in the 30-day special action plan, aimed at transforming villages, could change the face of rural life.

Warangal: Minister for Panchayat Raj Errabelli Dayakar Rao said participation of one and all in the 30-day special action plan, aimed at transforming villages, could change the face of rural life.

Speaking at a meeting targeted to bring awareness about the 30-day action plan here on Thursday, he sought coordination among all the stakeholders irrespective of party affiliations in the implementation of the programme.

Any programme that was rolled out by Chief Minister K Chandrashekar Rao is a sure bet to achieve desired results, the Minister said, expressing confidence that 30-day action plan could work wonders in rural areas.

"The Chief Minister has always proved his critics wrong. Critics who raised eyebrows when he initiated work on Kaleshwaram Lift Irrigation Project (KLIP) are now a surprised lot. Mission Bhagiratha, aimed at providing drinking water to all the households in the State, had also drew stern criticism, but K Chandrashekar Rao made them bite the dust," Errabelli said.

The government has appointed nearly 9,000 Panchayat Secretaries to ensure the developmental works in all gram panchayats. "The funds, nearly Rs 339 crore a month, earmarked for all the gram panchayats need to be utilised properly," the Minister said.

Sarpanches will take lead in the allocation of works under the employment guarantee scheme. Gram panchayats will have supervision on field assistants, he said, referring to the powers of local bodies and flow of funds.

"Plan your action plan in the Gram Sabhas and work accordingly for the all-round development of villages," Errabelli told local body members. Sarpanches will have a say in almost all the issues pertaining to village development, he said.

Focus on plantation of saplings and their survival to turn villages as green avenues, he said. The sarpanches can chalk out other developmental programmes that were not mentioned in the 30-day action plan, the Minister said, assuring that funds are no constraint.