Give agencies free hand to net whales of corruption: BJP 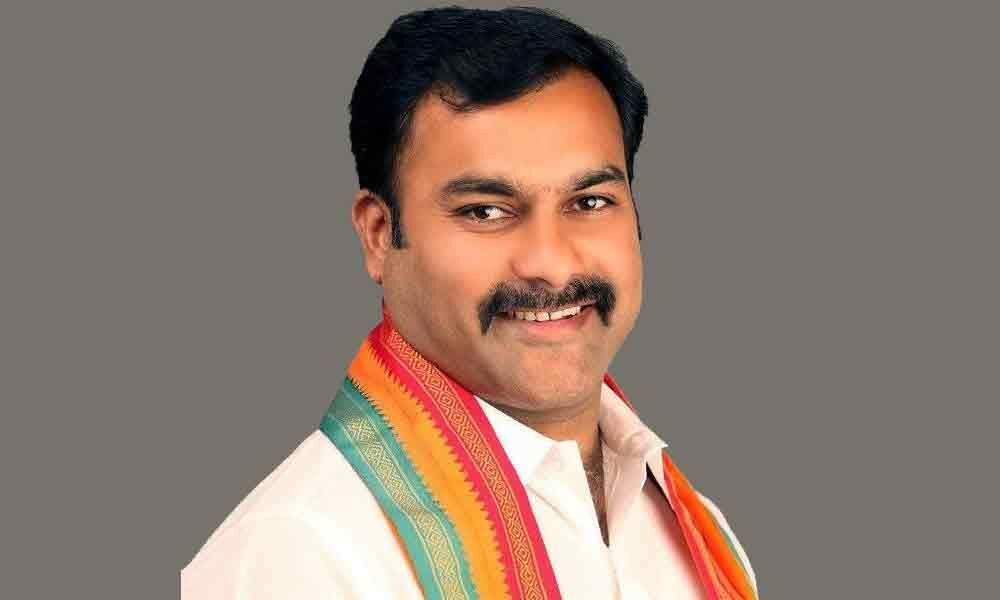 Hyderabad: BJP State officials spokesperson Ravula Sridhar Reddy demanded the State government to give free hand to the State Anti Corruption Bureau (ACB) and Vigilance wing to unearth the corruption of "the whales along with the taking on the small fish."

Addressing media here on Thursday, he said BJP welcomes the proactiveness of the ACB and Vigilance Wings taking on those resorting to the corruption in the various government department.

But, at the same time, he alleged that the hands of both the enforcement agencies have been tied by the ruling party not to act against "the whales of corruption."

He alleged a "six percent" cut in all kinds of works has become a norm of the day under the TRS rule in the State. It is a welcome sign that Chief Minister K Chandrashekar Rao wanted to cleanse the Revenue department.

However, "from the ground level in the villages to the State level, at every stage people are affected due to the corruption.

But, he cautioned the government not to dismantle the institutions in the name of cleansing the Revenue and other departments. He said the execution of several works like drinking water, irrigation projects, tenders for pumps, Mission Kakatiya, reengineering of the projects are not free from the corruption allegations of "six percent cut", he alleged.

Reddy said in case of normal projects competitive bidding tenders are presented with 15 to 16 per cent less tender quotes. But,"in case of Kaleswaram Lift Irrigation Scheme (KLIS) and PalamuruRanga Reddy Irrigation Project (PRRIL) the bidders are allegedly gettingthe works, despite quoting 4 to 5 per cent excess rates," he pointed out.

Further, some of those who were moving with slippers are not building castles after the formation of Telangana. When the BJP is raisingquestions demanding for probe into the allegations the party and its leaders are being attacked with baseless accusations, he said.

Referring to Andhra Pradesh Chief Minister Y S Jaganmohan Reddy stopping all non-start projects for reevaluation and going for reverse tendering, the BJP leader questioned as to why the TRS chief is not doing the same to clear the allegations.

This situation calls for a probe and we demand free hand for ACB and Vigilance wings to take on the whales of corruption in Telangana. If the TRS government has

the courage they should conduct an inquiry into all such allegations. Otherwise, we will place before the people the pieces of evidence of irregularities," he said.