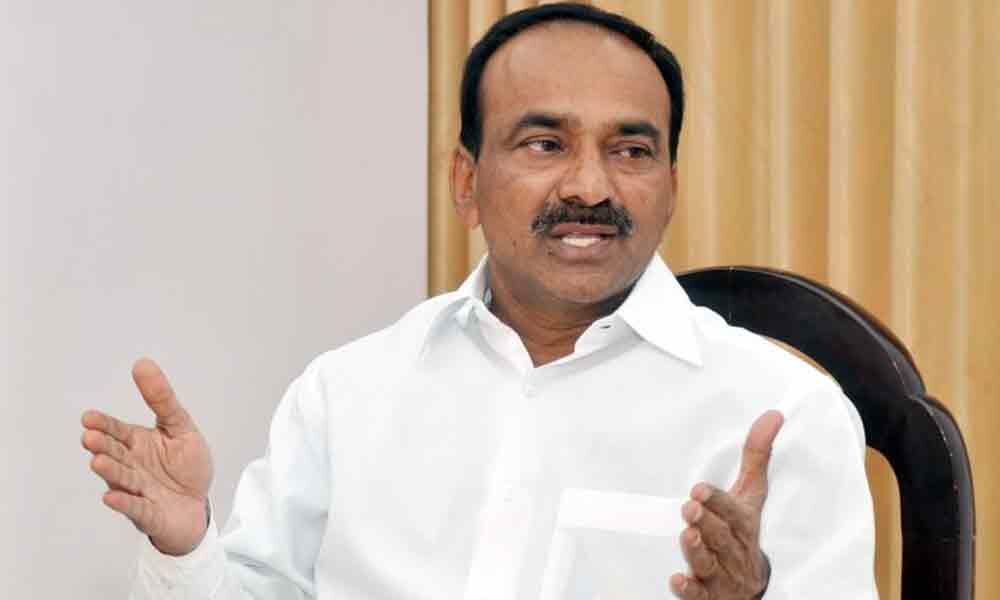 Health Minister Eatala Rajender on Tuesday said the TRS government is determined to provide safe drinking water to every household through taps under Mission Bhagiratha project.

The Health Minister inaugurated the water tank which was constructed with an investment of Rs 40 crore under Mission Bhagiratha project here at Agricultural Market Yard in Jammikunta mandal of Karimnagar district.

Speaking on the occasion, the Health Minister said the TRS government under the leadership of Chief Minister K Chandrashekar Rao is heading towards achieving Bangaru Telangana with enormous development that is taking place in all sectors.

With the Kaleshwaram project, water will be provided for irrigation needs to about 45 lakh acres of land in the State to make the entire Telangana fertile and with the Mission Bhagiratha project, water for drinking purpose will be supplied to every household through taps.

With the introduction of various innovative schemes, the State grabbed the attention of many from across the nation and stood as a role model for other States in the country, he added.

People must participate in the various developmental activities that are taking place in the district and across the State and must play a crucial role in achieving Bangaru Telangana, he appealed.