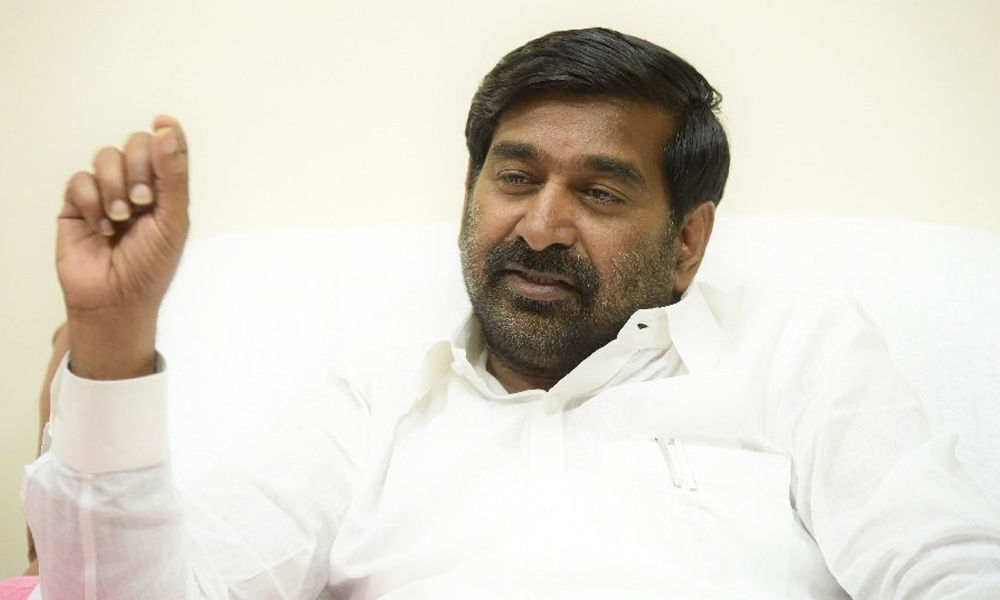 Devarakonda (Nalgonda): Education Minister G Jagadish Reddy had predicted that Congress party would disappear into oblivion in Telangana after the...

Devarakonda (Nalgonda): Education Minister G Jagadish Reddy had predicted that Congress party would disappear into oblivion in Telangana after the Parliament elections. Along with party's Nalgonda MP candidate Vamireddy Narsimha Reddy, he participated in party constituency-level meeting at Devarakonda on Sunday.

Addressing the gathering, Jagadish called the TPCC chief Uttam Kumar Reddy an inefficient leader and compared all the Congress MP candidates to invalid currency coins. Ignoring their role, the leaders of Congress party are competing for posts, he mocked.

The Minister wondered how Komatireddy Venkat Reddy was eligible to contest Bhongir MP seat when he was ineligible for Nalgonda Assembly seat.

Stating that life span of Congress party was over, he predicted that Congress candidates in the State would not be able to save their deposits in the upcoming elections.

Coming to Telugu Desam, the Minister mocked that the offices of TDP in the State were locked and leaders of the party had fled to Amaravati.