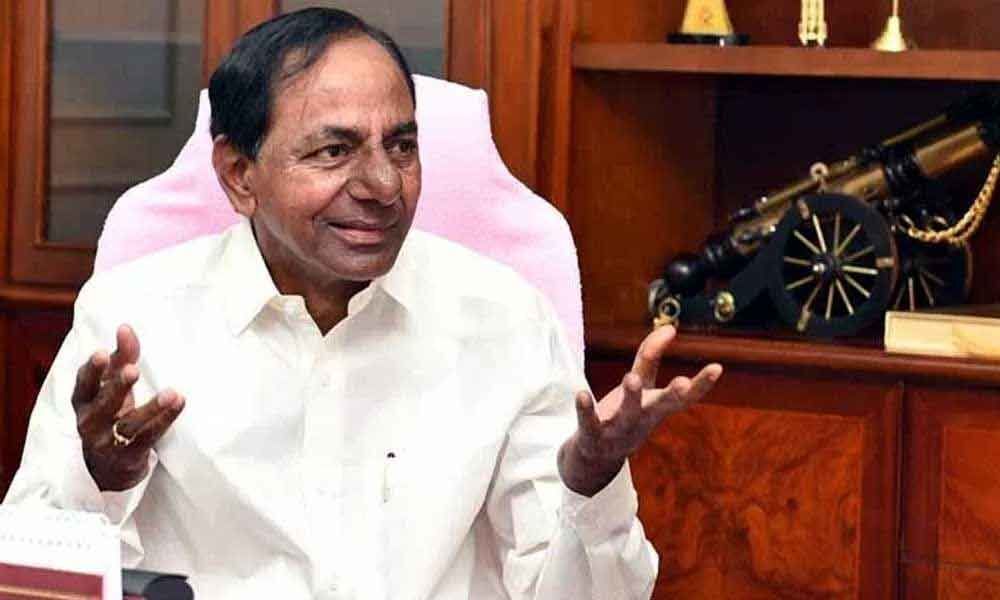 The budget outlay for Telangana for 2019-20 is likely to go down by 8 to 14 per cent against the outlay of Rs 1.82 lakh crore presented in the vote-on-account in March this year.

Hyderabad: The budget outlay for Telangana for 2019-20 is likely to go down by 8 to 14 per cent against the outlay of Rs 1.82 lakh crore presented in the vote-on-account in March this year.

Official sources said the budget outlay that is to be presented on September 9 by Chief Minister K Chandrashekar Rao may go down by Rs 10,000 crore to Rs 14,000 crore due to not-so-good financial situation on account of the impact of economic recession which had affected the national growth rate.

Officials also do not rule out that the total budget outlay will be little lesser when compared to 2018- 19 financial year which was pegged at Rs 1.74 lakh crore. This budget however will be for the remaining seven months of the financial year and that could be another reason for the reduced outlay, the sources say.

Sources said that the Chief Minister has instructed the officials of the Finance department to plug the financial leakages in the utilisation of funds and asked all important departments like Irrigation, Municipal Administration, Panchayat Raj and all Welfare departments to adopt austerity measures and spend the funds wisely in view of economic slowdown.

The government is planning to reduce the allocations to Irrigation which got a lion share in the budget every year since 2014. The government earmarked nearly Rs 25,000 crore for Irrigation sector alone in the last five years.

The allocations will be reduced this year as the government has mobilised funds through external financial institutions by creating corporations for big projects mainly Kaleshwaram and Palamuru Rangareddy lift irrigation scheme.

Officials said that the allocations for capital expenditure will also be reduced to ensure the implementation of all welfare schemes which alone puts Rs 40,000 crore financial burden on state exchequer.

However, sources said that substantial allocations will be made for the construction of new Secretariat which costs around Rs 1000 crore.

Sources said that the chief minister is holding marathon reviews on the performance of each department and based on the outcome, the allocations will be made.