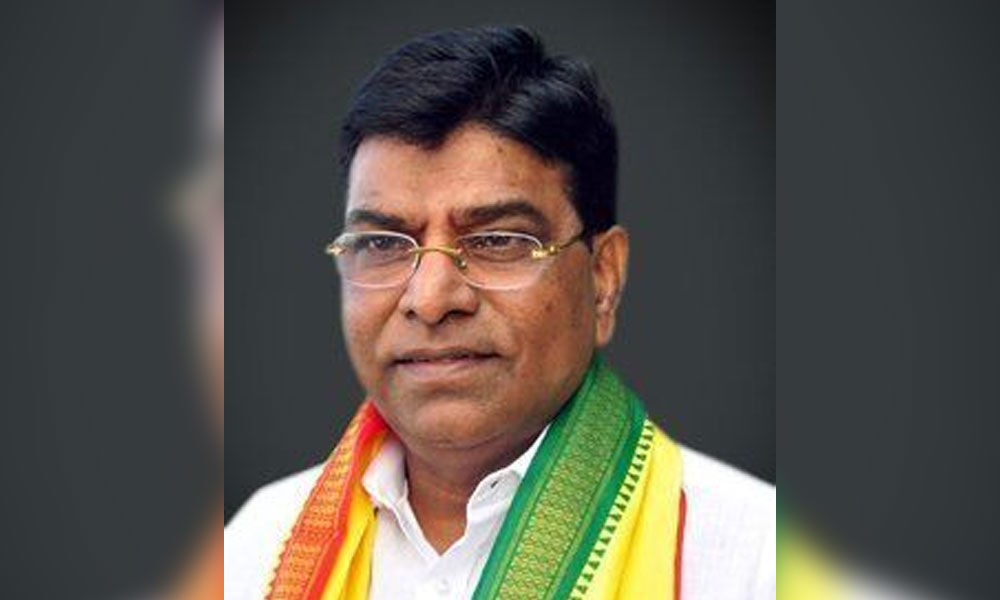 Khammam: The haze appears to be clearing over the candidates to be fielded by the TRS and the Congress for Khammam Parliament seat with senior politici...

Khammam: The haze appears to be clearing over the candidates to be fielded by the TRS and the Congress for Khammam Parliament seat with senior politician Nama Nageswara Rao snapping his links with the Telugu Desam Party. In fact, Khammam is one of those few seats that both the parties engaged in a sort of who-blinks-first game to announce their candidates.

Albeit both the parties are still tightlipped over their nominees for the Khammam Lok Sabha seat, more or less it's apparent that Nama will be the most probable candidate to get TRS ticket based on the fast-paced developments after he met Chief Minister K Chandrasekhar Rao on Monday. Nama sent his resignation letter to TDP chief N Chandrababu Naidu on Tuesday, thus affirming that his joining in TRS a certainty.

So far, the TRS leadership played a waiting game in zeroing in on its candidate, the Congress too matched it by keeping its cards close to its chest without naming the nominee. It's viewed as that Nama's candidature is somewhat a masterstroke by KCR as it likely to subside the ongoing rivalry between Tummala Nageswara Rao and Khammam incumbent MP Ponguleti Srinivas Reddy.

It may be mentioned here that Tummala and Jalagam Venkat Rao, who lost recent Assembly elections, have lodged complaints with the TRS leadership accusing Srinivas Reddy for helping their opponents indirectly. This apart, with Tummala also aspiring for Khammam Lok Sabha ticket along with Srinivas Reddy, it has become a riddle for KCR to choose between them. While this was on, the candidature of industrialist Vankayalapati Rajendra Prasad had also emerged for the Khammam ticket.

If TRS fields Nama, it does certainly be an interesting situation in Khammam politics. The rivalry between Tummala and Nama dates back to their association with the TDP. Tummala joined TRS after he lost 2014 Assembly election to Puvvada Ajay Kumar from Khammam. It's a repetition of sorts with Nama who also lost Khammam Assembly polls to Puvvada recently is also ready to join the TRS.

Like the old saying, politics makes strange bedfellows, Tummala, Puvvada, Ponguleti Srinivas Reddy and Nama have to sail in TRS party now like 'foes turned friends'. On the other hand, former Union minister Renuka Chowdary is likely to be Congress' candidate, if highly placed sources are to be believed. There was a speculation that Congress leadership has been eyeing Ponguleti Srinivas Reddy to field him in case TRS rejects ticket to him.