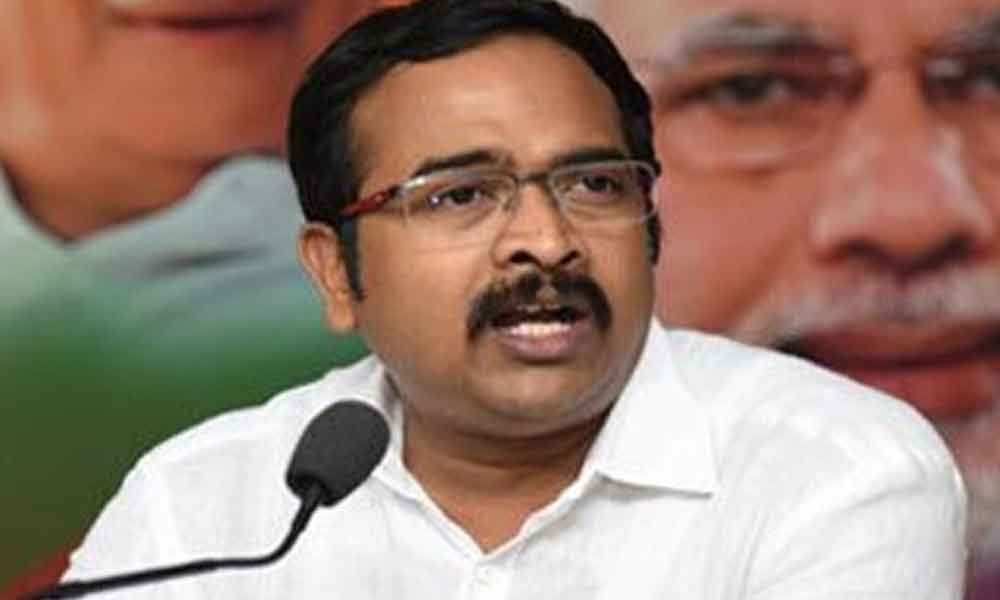 He described it as "unprecedented greed." Under any circumstances, the BJP would not allow these carvings to remain on the walls of Yadadri temple, he asserted.

In a statement here, he said KCR had stooped to an abysmal low for petty political expediency like no one in the history of Indian politics.

"Etching his own and images of political leaders, party symbols, government schemes on a Hindu temple pillar is an unforgivable act. It amounted to 'desecrating a Hindu temple'," he said.

Stating that the Yadadri temple episode exposed KCR's cheap antics for political gain, Rao said the BJP stood vindicated of its earlier accusation that his 'Yagas' and 'Yagnas' were purely for electoral appeasement. He had neither respect for Hindu gods nor Hindu religion.