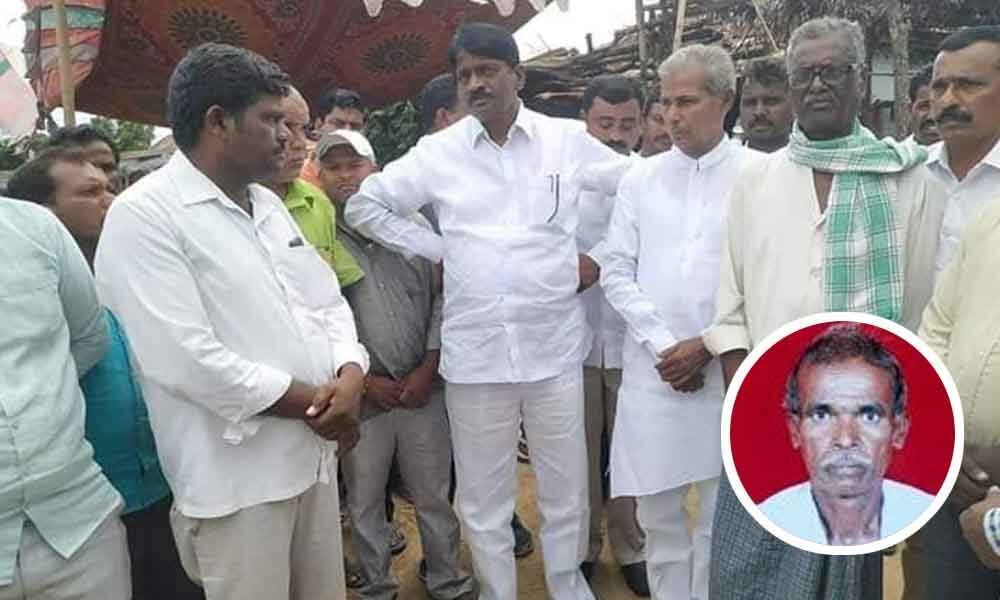 Hyderabad: Why is Telangana facing urea shortage? It is because of floods in Uttar Pradesh and Bihar. In fact, there is not much of shortage and all-out efforts are being made to supply urea, but it is the Opposition, which is trying to create panic among farmers, argue ruling party leaders.

While the reports of death of a farmer in Dubbaka mandal of Medak district, C Yellaiah, who allegedly died while waiting in a queue for urea at the office of the primary cooperative association went viral, the government said that it was not on account of non-availability of urea. The minister said urea is available but the farmer died due to sun stroke.

But Yellaiah's wife Lakshmi said that she and her husband have been visiting the local primary cooperative association office to get urea for the last two days.

Yellaiah has two acres of land and he was also doing farming in two and half acres on rent basis. Yellaiah has four daughters.

At some places, chapplas and Aadhar cards are being kept in queue lines, the ryot's wife said, adding that if urea was made available in time, her husband would not have died.

The minister said that the State had sought 8 to 8.5 lakh metric tons of urea allocation from the Centre and the same was being supplied in a phased manner.

There has been some delay in transportation due to floods in UP and Bihar and once the Centre diverted urea meant for TS to Karnataka but now urea had started arriving and is being supplied.

The minister said: "Neither the Centre nor State governments are responsible for this delay."

Niranjan Reddy said the State had placed indent as per the requirement of urea for September. The usage in the State had also gone up as the extent of cultivation has increased due to availability of abundant water.

This has resulted in the usage of urea going up beyond the estimated levels and the problem is only on account of logistic problems, the minister added.

However, the BJP alleged that the government was losing control over administration and was responsible for the shortage of urea in the state.