Monsoons are here, where are loans? Ask farmers in Mahbubnagar 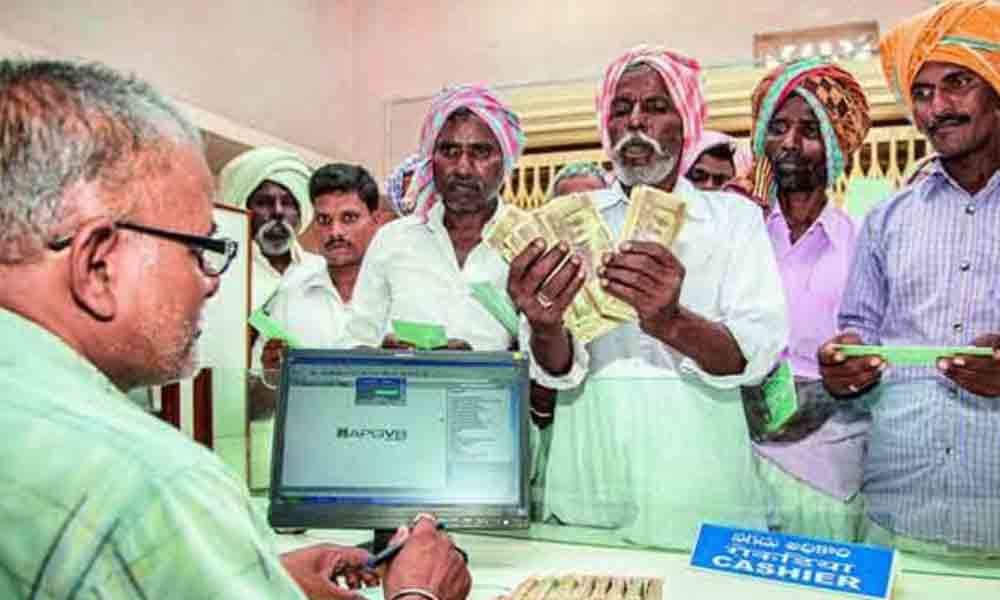 Banks in Wanaparthy, Nagarkurnool and Gadwal have not made loan target plans.NABARD has set targets to the lead banks in Mahbubnagar, Narayanpet, Nagarkurnool, Wanaparthy and Gadwal districts to grant a total of Rs 12,005.66 crore loans to the farming community this Kharif

Mahbubnagar: With the Kharif season already started, the officials in erstwhile Mahbubnagar have failed to draw proper plans to provide loans to farmers. As per the information, except Mahbubnagar and Narayanpet districts, the remaining three districts Wanaparthy, Nagarkurnool and Gadwal have not made any plans to set a loan target and disburse loans for the farming community.

Every year, the officials prepare the yearly loan target plans for agriculture sector in the month of May. However, this year, except the Mahbubnagar and Narayanpet district administrations, the remaining three districts have not taken the initiative to pool in the lead bankers for setting the agriculture loan targets.

Usually, the bankers start issuing of agriculture loans in the month of June. As per the demand and requirement by the farming community, the lead banks prepare a draft plan and accordingly set targets for the issuance of loans.

For this year, as per the directions of National Bank for Agriculture and Rural Development (NABARD), the district officials of Mahbubnagar and Narayanpet districts have already released their draft loan proposal for agriculture sector on April 25, 2019. However, other districts Gadwal, Wanaparthy and Nagarkurnool are still under the process of preparation of loan target planning.

"We have already instructed all the lead banks in erstwhile Mahbubnagar district to prepare a draft proposal planning for giving loans to the agriculture sector as per the guidelines of NABARD. However, even as five months passed, except two districts, other districts have not yet come up with clear proposals," said a senior official of NABARD in Mahbubnagar.

For the current financial year, NABARD has set targets to the lead banks in Mahbubnagar, Narayanpet, Nagarkurnool, Wanaparthy and Gadwal districts to grant a total of Rs 12,005.66 crore loans to the farming community.

As per NABARD instructions, an amount of Rs. 4,662.6 crore is set as target loan to be distributed for the farmers in Mahbubnagar and Narayanpet districts. Another 3,110.40 crore is set as loan targets for Nagarkurnool district, Rs 2,007.53 crore for Wanaparthy and about Rs 2,225.13 crore for farmers in Gadwal district.

Based on the instructions of NABARD, the lead bankers in the respective districts have to design a break-up for various allied sectors like loans for agriculture, development of basic facilities, agriculture and its allied small and medium scale industries, etc.

"Though NABARD is setting targets for the banks to provide agriculture loans to the farming community, the banks are not reaching the set targets and giving loans to only a select people. They have never fully reached their targets. For instance, during 2018-19, the banks were given a target of providing Rs 2,350 crore of agriculture loans. However, they could provide only Rs 1,053 crore loans which accounts to just 45 per cent of its target," said Ramachandraiah, a farmer from Shankarayapally village in Jadcherla mandal.

The farming community are urging the government to intervene immediately and give clear directions to the bankers to immediately release loans to farmers and help them take up the farming activity before the monsoon begins in the district.