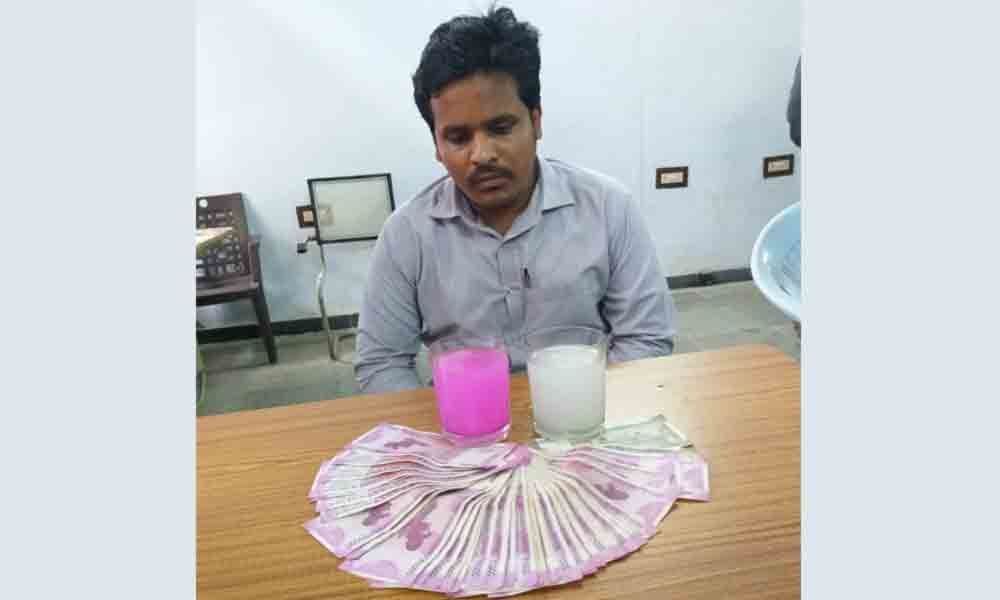 An Assistant Engineer has been trapped by the Anti-Corruption Bureau (ACB) on Tuesday at Yellandu in Bhadradri-Kothagudem district.

Kothagduem: An Assistant Engineer has been trapped by the Anti-Corruption Bureau (ACB) on Tuesday at Yellandu in Bhadradri-Kothagudem district.

The accused, A Anil, was caught red-handed at his office when he was accepting Rs 75,000 bribe amount from a contractor, P Sampath Kumar. The official demanded the amount for recording the measurements of contract work executed by the contractor. The accused was arrested and would be produced before the ACB court in Hyderabad, informed the ACB officials.