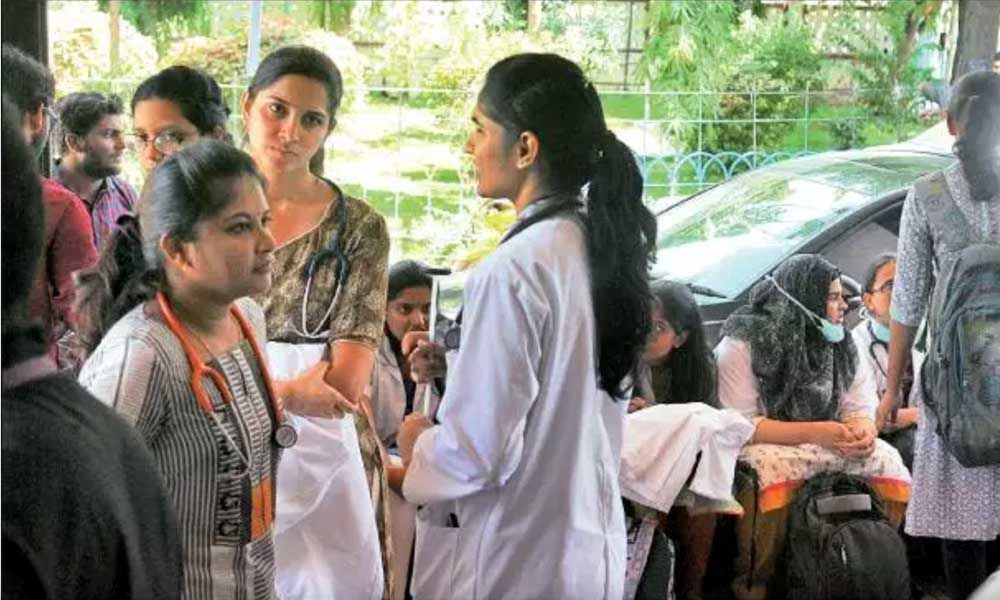 Hyderabad: Around 50 doctors of Niloufer staged a protest on Tuesday morning following an attack on woman junior doctor on Monday night. While the other doctors who came to the rescue of Dr Pratyusha Reddy were also hit and the guards at the hospital became spectators rather intervening in the incident.

Dr Pratyusha Reddy, a post-graduate second-year student was attacked while she was attending to 11-year-old child Mahek Begum on Monday night. Begum's relatives got furious after their bag on the patient's examining couch was removed following an emergency case and they began verbally abusing the doctor. They also attacked the doctor twisting her arm and finger, said Dr Ravi, from Paediatrics department adding that the other four doctors were also attacked.

Based on the complaint registered by a junior doctor, the police registered a case against Nasreem Begum (27) and Adil (22).