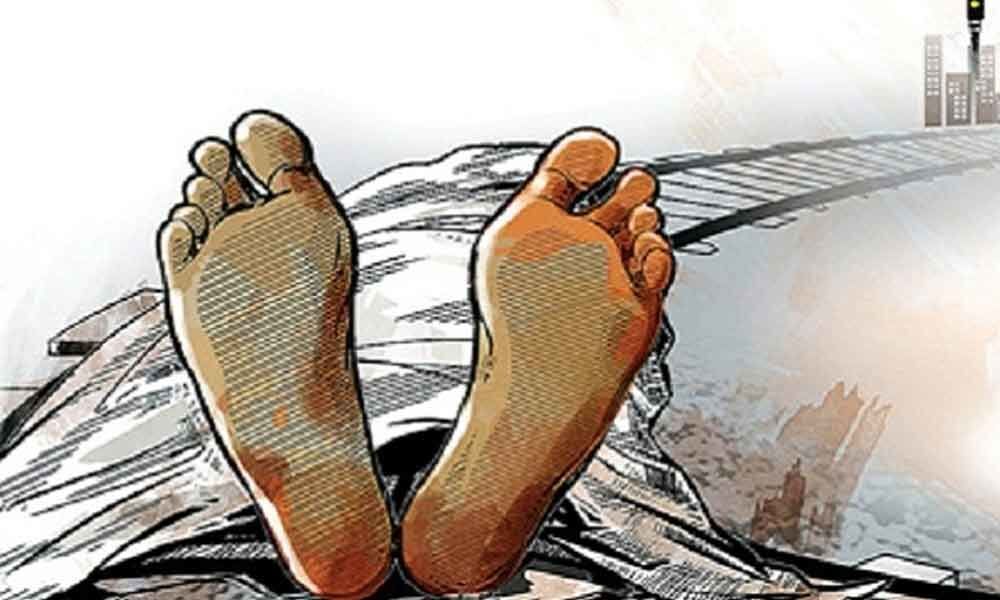 A 33-year-old NRI reportedly committed suicide on the railway track near Ghatkesar on Saturday.

Hyderabad: A 33-year-old NRI reportedly committed suicide on the railway track near Ghatkesar on Saturday.

According to the Government Railway Police (GRP), Secunderabad, the deceased was identified as N Gangaiah. The victim belonged to Vijayawada and was working in the United Kingdom (UK).

He came to Hyderabad on Friday evening after knowing that his wife committed suicide by hanging herself at their house in Vijayawada a few days ago. Later he reached Secunderabad railway station and boarded a train to Vijayawada.

On Sunday morning, when the locals found his body on the railway tracks between Ghatkesar and Bibi Nagar railway station they informed the railway police.

Police rushed to the spot and shifted the body to the Gandhi Hospital mortuary.

Based on the railway ticket found in the pocket of the deceased, they informed his family members. Police have registered a case and investigating.