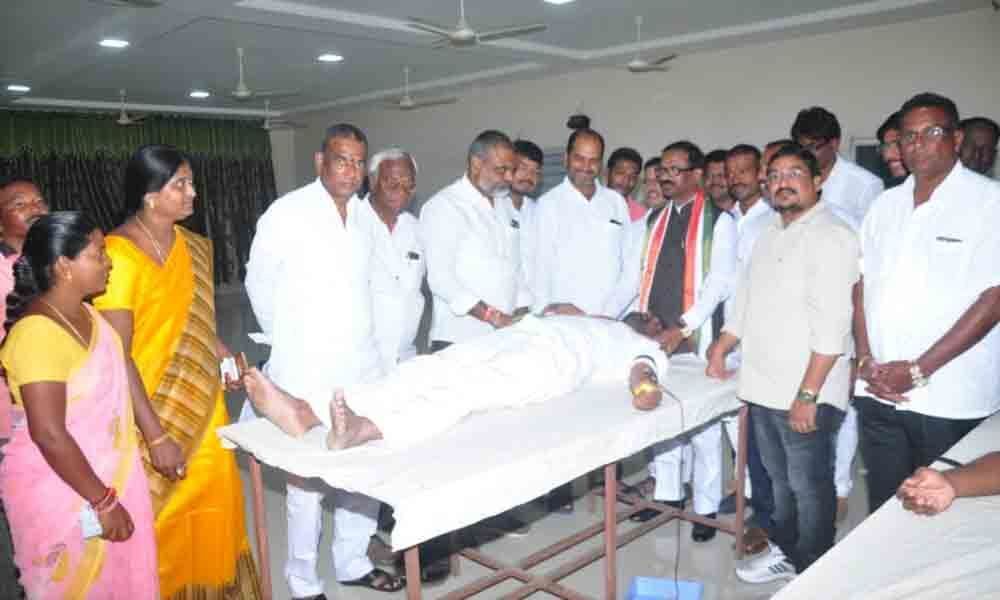 Over 100 party leaders donated the blood during the programme that was launched by district Congress party president P Durga Prasad. Speaking on the occasion, Durga Prasad remembered the services of former Prime Minister Rajiv Gandhi to the country. Before the blood donation, the Congress leaders garlanded a portrait of Rajiv Gandhi and paid tributes.