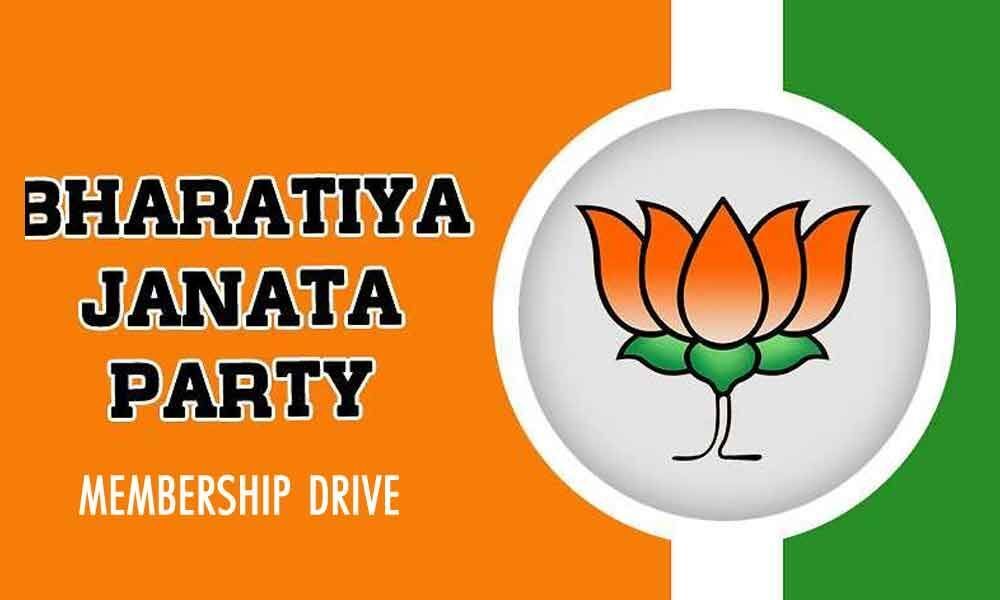 Bharatiya Janata Party has failed in membership drive programme despite the strenuous efforts made by the party leaders in Khammam district.

Khammam: Bharatiya Janata Party has failed in membership drive programme despite the strenuous efforts made by the party leaders in Khammam district. It is may be recalled that the BJP Central leaders had given the State party leaders the task of enrolling 18 lakh members.

The BJP district units' presidents of Khammam and Kothagudem were conspicuously absence during the membership drive. After a brouhaha following the migration of some leaders from opposition parties into the saffron party, the party has become inactive. No programme worth mentioning was conducted so far in two districts.

The party workers expressed their disappointment over the leaders failing to make efforts to take the party forward.

After abrogation of Article of 370, the party expected that more leaders would join the party and there would be enthusiastic response from people. But the party failed in taking the message into public.