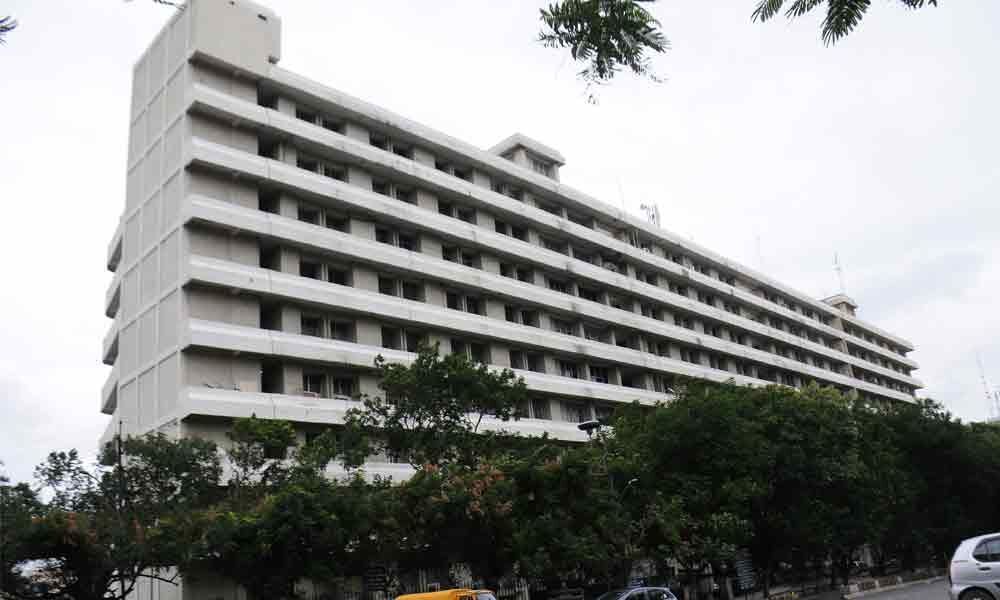 Hyderabad: Notwithstanding the resistance to demolition of the present Secretariat building from opposition parties, the state government has decided to speed up the process of shifting of the offices from the Secretariat complex.

The Finance department will be the first one to shift from Secretariat to the allotted space in Burgula Rama Krishna Rao (BRK) Bhavan.

While, the GAD (Political) department started issuing circulars to all the departments to ensure shifting of their offices to the identified locations outside the Secretariat at the earliest, the top brass of all the departments plunged into action to meet the deadline set by the GAD.

The office premises of the entire Finance department, which was renovated recently, is functioning from the third floor in the D Block.

State Finance Secretary K Ramakrishna Rao, state Advisor (Finance) GR Reddy and Deputy Secretary, Joint Secretary, Assistant Secretary, Section officers and other staff are functioning from the D Block. The Planning Wing of the Finance department is located in the second floor of the same block.

The officials told The Hans India that staff has started making arrangement to shift the files and desktop computers first. This has been given top priority since they are most important tools for the department. This would be followed by shifting of furniture and electrical equipment.

The department will be relocated temporarily in the government owned BRK Bhavan. Officials said it will take at least one week's time to relocate to the temporary office in the Bhavan. The Planning wing will also be shifted to the same building since the Finance and Planning wings will have to work in coordination.

State Land Revenue department headed by its Special Chief Secretary Rajeshwar Tiwari is also getting ready to shift the entire office to the head office of State Stamps and Registration department.

The Chief Secretary chambers will be shifted only after making necessary arrangements in the temporary office in BRK Bhavan.

Officials said that the GAD (Political) will provide all necessary transportation facilities to shift the offices in a time-bound manner. All the other departments will also start shifting the offices to other places in a week's time.