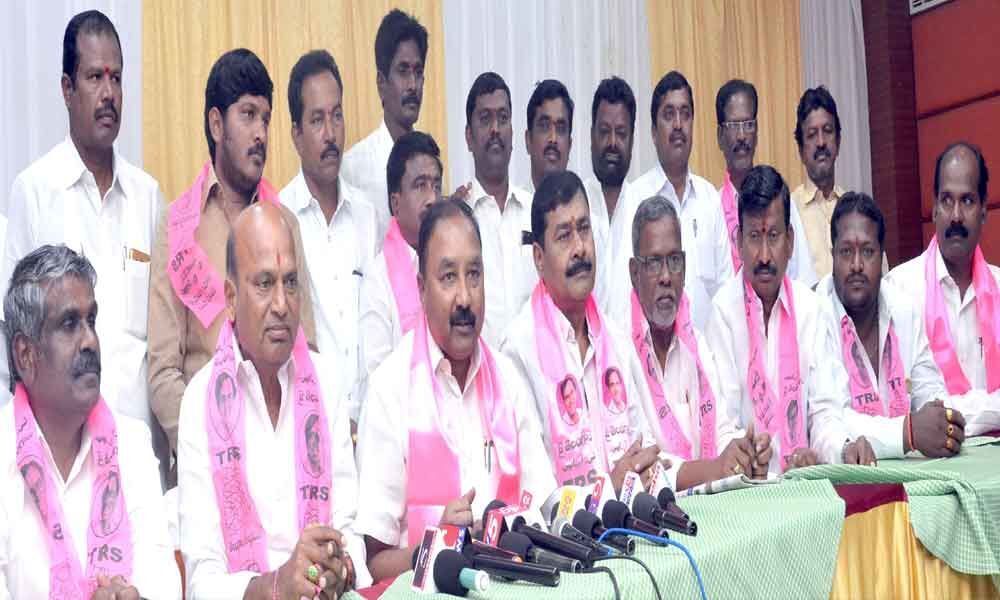 The kind of governance witnessed in Telangana in last five years has become a beacon for other States in the country, Rajya Sabha member Banda Prakash has said.

Hanamkonda: The kind of governance witnessed in Telangana in last five years has become a beacon for other States in the country, Rajya Sabha member Banda Prakash has said.

Speaking to media persons here on Thursday, he said that TRS created a kind of history by ensuring round-the-clock power supply in the region, a feat that no other State was able to do.

"Quite a few States including Centre have replicated welfare schemes introduced by the KCR government," Prakash said, referring to TRS' flagship programmes such as Rythu Bandhu, Kalyanalakshmi, KCR Kits etc.

This establishes the fact that the schemes introduced by the TRS government are unique and aimed at people's welfare, he added.

Even the BJP government at the Centre launched Kisan Samman Yojana scheme on the lines of Rythu Bandhu, he said.

"No other government in the past had given impetus on irrigation sector. It's the TRS government that has come up with several schemes to rescue the farming sector. Neither the Congress nor the Telugu Desam Party that ruled the region made any such effort to boost the farming sector," he said.

He appealed to people to support the TRS candidates in the ensuing Lok Sabha polls. "TRS could play a decisive role at the Centre if the party gets 16 of the 17 Parliament seats in Telangana.

TRS' win 16 Lok Sabha seats is imperative due to which the interests of the state would be well-served. The MP said that national status for Kaleshwaram and Palamuru Rangareddy irrigation projects is only possible if TRS is in a commanding position in the Lok Sabha.

In a related development, Telangana Mudiraj Mahasabha (TMM) leaders extended their support to TRS. It may be mentioned here that Banda Prakash is the chairman of TMM.