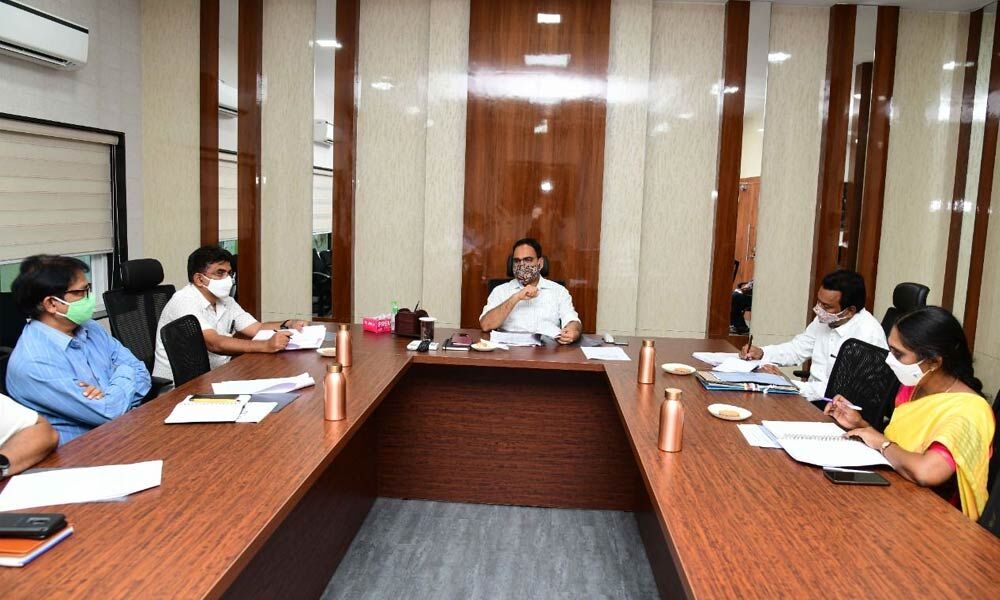 Unemployed youth should be trained with courses, which are in demand, District Collector K Shashanka stated at a ‘Sankalpa Committee’ meeting at the Collector’s camp office here on Friday

Karimnagar: Unemployed youth should be trained with courses, which are in demand, District Collector K Shashanka stated at a 'Sankalpa Committee' meeting at the Collector's camp office here on Friday.

Speaking on the occasion, he said that various departments are conducting skill training classes in various professions in the district to provide employment opportunities to the jobless youth through the Central and State governments.

The Collector said the District Skill Committee was set up to oversee the vocational training classes conducted by the governments and advised setting up of similar sub-committees at divisional level, which would be useful to oversee the same type of vocational training without conducting it through various departments. The officials have been directed to collect details of courses in which the youth were trained and by which branches in the last three years. The Collector directed the district skill committee to chalk out action plans to give training to unemployed youth in the desired occupations during this financial year. It was suggested that training centers should be selected to be accessible to youth in line with the training classes.