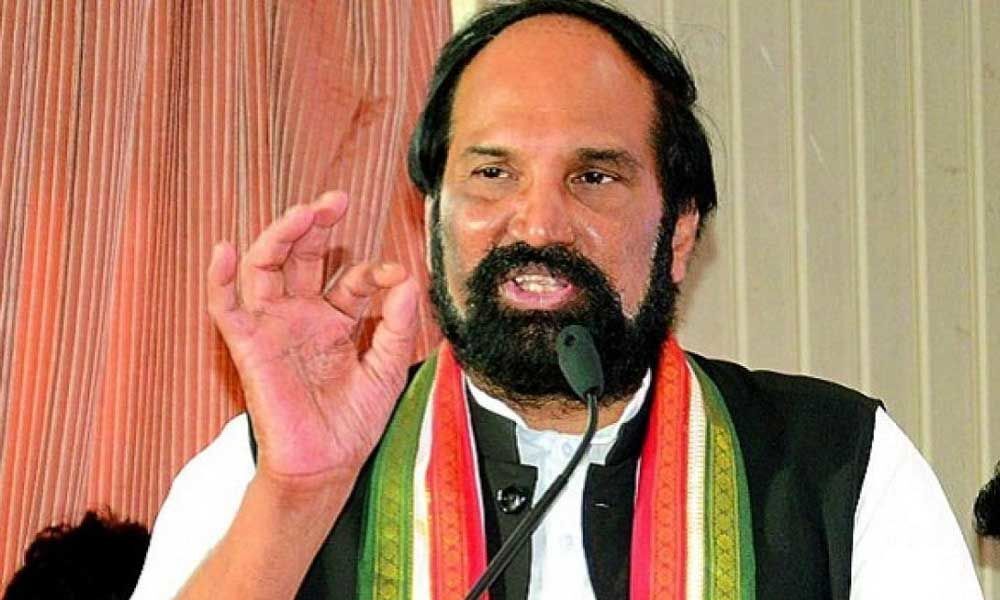 In an open letter to Chief Minister K. Chandrashekhar Rao, Uttam Kumar Reddy said that the farm sector in Telangana was under deep distress. He reminded that KCR, during the Assembly elections held on December 2018, had promised to pay Rs. 5,000 per acre for two crop seasons to farmers under the Rythu Bandhu scheme. Similarly, TRS had promised to waive off crop loans up to Rs. 1 lakh. However, he said that both the promises have not been fulfilled by the KCR Government. He said the Rythu Bandhu amount, which should have been paid in June this year, has been not cleared yet. He said nearly 60% of farmers did not get the Rythu Bandhu for the current Kharif season. He said Rythu Bandhu payment and Crop Loan Waiver was not done for nearly 50 lakh farmers in the State.

The TPCC Chief also pointed out that the land rectification drive of TRS Government was a failure and the revenue records were not set in order to even after 14 months. He said this has badly affected lakhs of farmers as they were being denied financial assistance under Rythu Bandhu scheme and crop loans for lack of new Patta Passbooks. He asked the Chief Minister to take immediate steps to resolve the issues. Else, he feared that delay in the release of Rythu Bandhu funds and crop loan waiver might again push the farmers in huge debt traps.

Uttam Kumar Reddy said that there was huge shortage of Urea in the State. He said farmers were forced to purchase Urea from the black market at a higher cost due to huge shortage and non-availability. He also requested the Chief Minister to take measures to ensure supply of Urea of farmers in adequate quantity.