Warangal: Call to save every drop 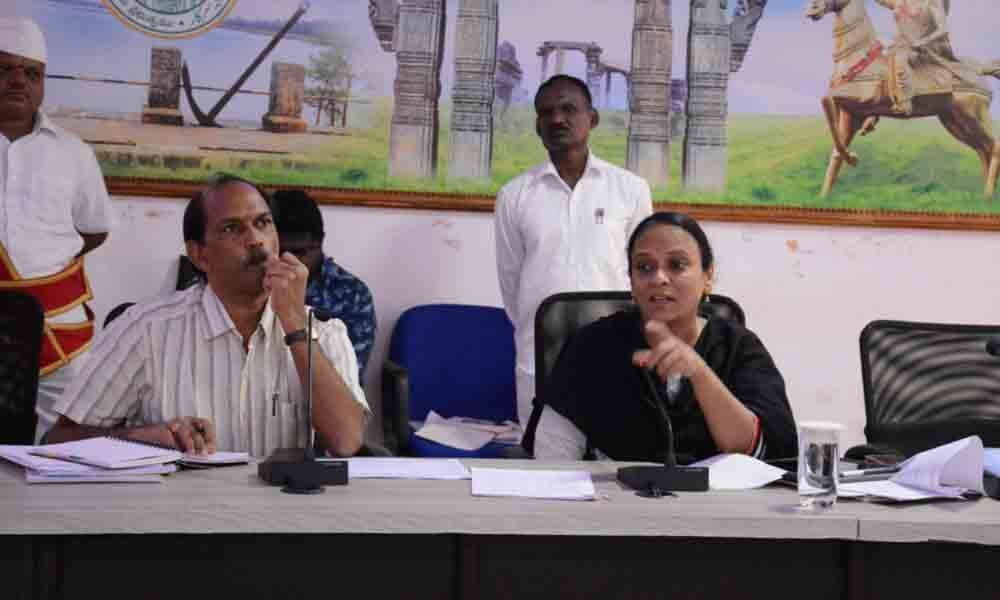 Stating that every drop counts, Warangal Rural District Collector M Haritha told the officials to speed up the measures to mitigate water scarcity.

Warangal: Stating that every drop counts, Warangal Rural District Collector M Haritha told the officials to speed up the measures to mitigate water scarcity. Speaking at an awareness programme organised for the MPDOs on Jal Shakti Abhiyan, a campaign for water conservation to address the acute water scarcity, here on Thursday, she stressed the need for conserving water.

"There is an imperative need for chalking out an action plan to protect every drop of water in six mandals - Geesukonda, Sangem, Nallabelly, Duggondi, Wardhannapet and Raiparthy – selected for the Jal Shakti programme by the Central government," Haritha said, instructing the officials to focus on achieving the desired results.

She directed the officials to come up with proposals for water conservation and rainwater harvesting, renovation of traditional and other water bodies, reuse of water and recharging of structures, watershed development, and intensive afforestation. She also emphasised the need for bringing awareness about the programme among the masses.

Ensure water harvesting pits in all the government offices, schools and primary health centres, she told the officials. She also stressed the need for constructing farm ponds. Each gram panchayat should have at least five farm ponds, she added.

The Collector directed the DRDO Project Director to submit the details of action plan for the next two months being taken up under the Jal Shakti Abhiyan programme.

She told the officials to organise rallies in each village involving self-help groups and students to bring awareness about the water conservation.