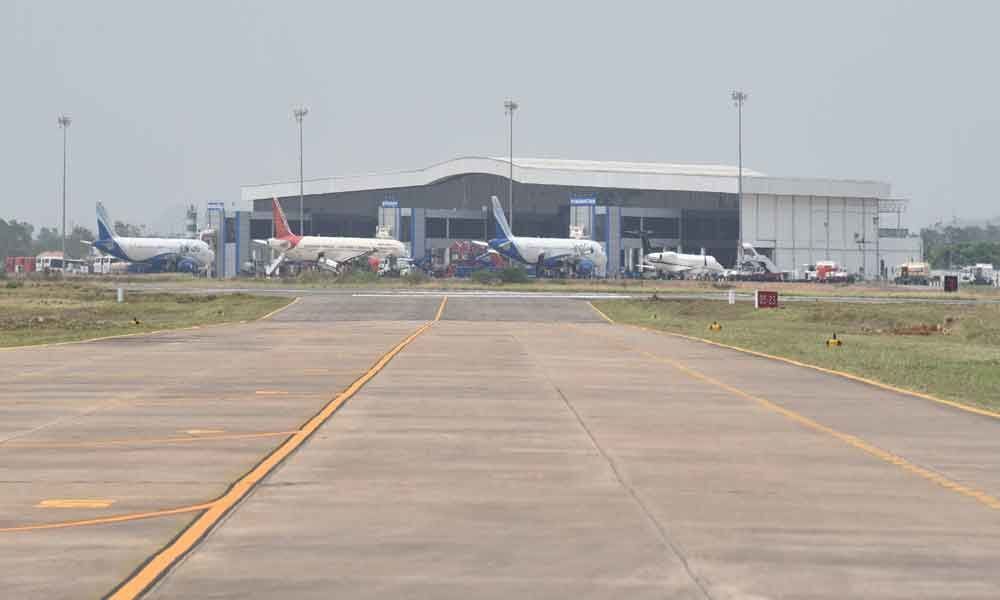 he Visakhapatnam airport registered a 15 per cent increase in passenger traffic in 2018-19 with about 28.53 lakh people travelling from there, the Andhra Pradesh Air Travellers Association said here Thursday.

Visakhapatnam: The Visakhapatnam airport registered a 15 per cent increase in passenger traffic in 2018-19 with about 28.53 lakh people travelling from there, the Andhra Pradesh Air Travellers Association said here Thursday. The Association in a statement said about 28.53 lakh passengers traveled from the Airport during the period compared to 24.81 lakh in the 2017-18 fiscal.

Currently 60 flight movements per day are being operated from the airport despite the withdrawal of Jet Airways and shortage of aircraft due to various reasons.

Growth in Cargo movement The airport registered 24 per cent growth in domestic cargo handling during 2018-19 fiscal. Around 6,013 tonnes of cargo handled in the year against 4,845 tonnes handled in 2017-18.

"The growth in all fronts in Visakhapatnam Airport is very very good sign. After the bifurcation of the state, the significance and need of the air connectivity from Port City rapidly increased. The APATA is concerned with the high air fares since several airlines have cancelled operations due to various reasons including the grounding of Boing 737 Max air craft, despite summer vacation for education institutions resulting in increased demand.

The APATA has decided to take up the matter with the Ministry of Civil aviation for taking necessary measures. DGCA has recently asked Airlines to reduce fares on 10 domestic routes to reasonable levels," APATA President O Naresh Kumar, said while releasing the growth of the airport.