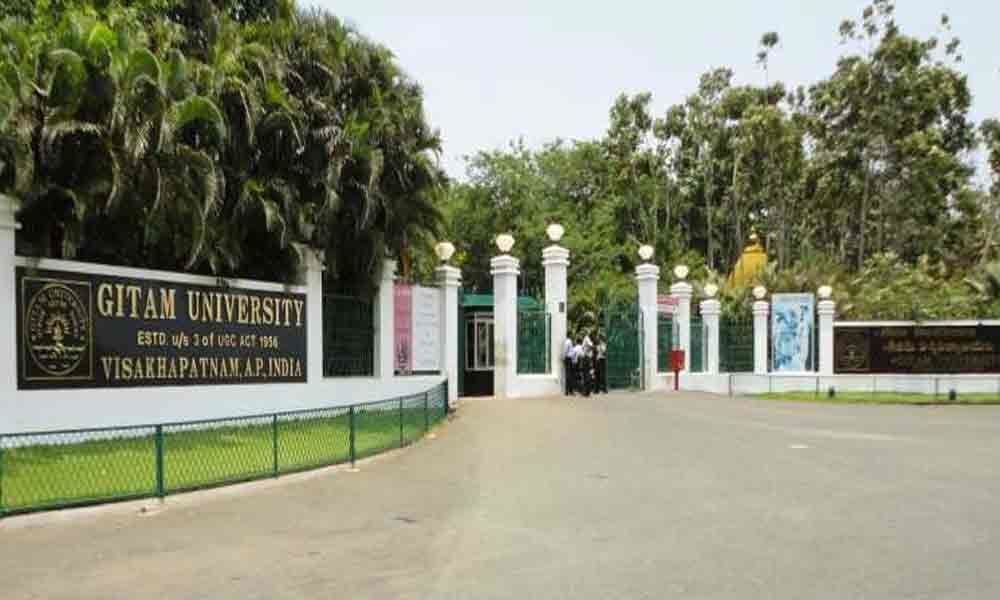 he first phase counselling of GITAM Deemed to be University Engineering, Pharmacy and Architecture courses concluded on Saturday.

Visakhapatnam: The first phase counselling of GITAM Deemed to be University Engineering, Pharmacy and Architecture courses concluded on Saturday. The three-day online admission counseling was conducted in Visakhapatnam, Vijayawada, Tirupati, Hyderabad and Bengaluru.

Students were given admissions based on the ranks they obtained in GITAM Admission Test (GAT-2019). The newly introduced B Tech programme Computer Science and Business Systems (CSBS) designed in association with TCS also received good response from parents and students. GITAM Admissions Director K Narendra stated that the varsity would be giving Rs 30 crore worth merit scholarships to AP and Telangana EAMCET- 2019 rank holders.