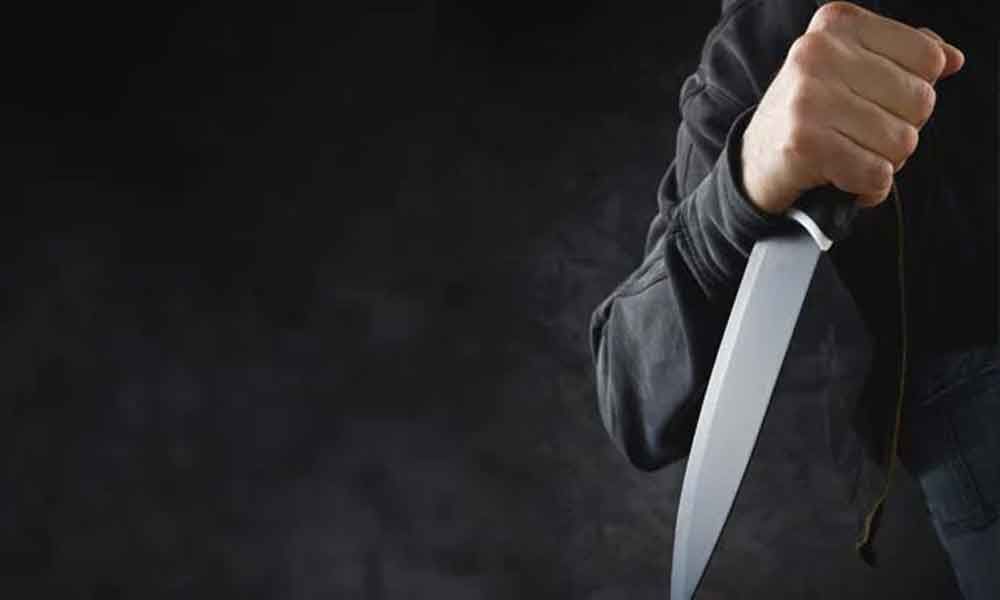 A 20-years-old girl was brutally injured in a knife attack by her cousin brother. He even slit her throat and later fled the scene.

Kurnool: A 20-years-old girl was brutally injured in a knife attack by her cousin brother. He even slit her throat and later fled the scene. She was immediately rushed to Nandyal Government Hospital for treatment. This gruesome incident has taken place at Noonepalle in Nandyal under 3 Town police station limits here on Wednesday morning.

As per the information given by the Circle Inspector, M Sudershan Prasad, parents of the injured girl were known to have fixed marriage with a resident of Miduthur village in Nandikotkur constituency. On learning about the marriage fixed, the accused, Subba Rayudu, who happened to be the cousin brother of the victim, opposed the proposal. He has asked his sister not to accept the proposal because the bridegroom was not fit for marriage. The bridegroom was known to be suffering with paralysis but is placed in good position in NG Ranga Agriculture University, Hyderabad.

The injured girl and her parents not interested to lose the proposal did not heed the accused words, said Sudershan Prasad.Subba Rayadu grew furious and at once in a fit of rage attacked the girl with knife. In an attempt to save her from the knife attack, she suffered severe injuries on four fingers. Continuing the same temper, Subba Rayudu has also slit her throat.

With the unexpected incident the girl began yelling to the peak of her voice. The neighbours on hearing the cries rushed to her rescue and on seeing them, Subba Rayudu fled from the scene, added the officer.

They immediately rushed her to Nandyal Government Hospital and has also informed the police.

With the information we went to hospital and recorded the statement of the victim girl. Based on the statement we have filed a case and took up investigation. Man hunt was launched to nab the absconding accused, Subba Rayudu. She is known to be out of danger, as per the statement of doctors. At the time of attack no one were present in the house. Taking the advantage, Subba Rayudu took the extreme step, stated the Circle Inspector, M Sudershan Prasad.