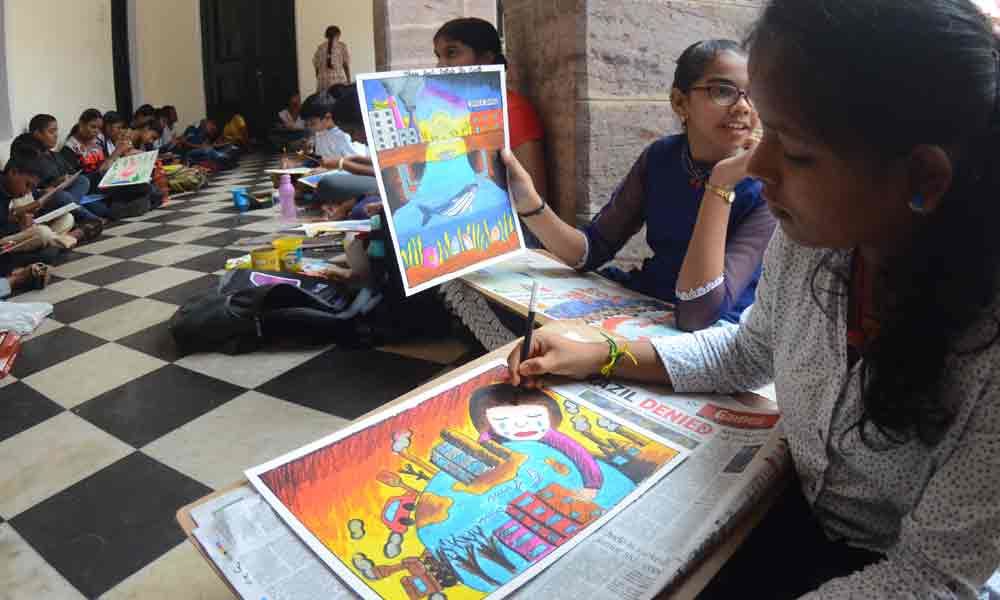 Filling the canvas with thought-provoking themes, nimble hands get down to work in tandem to exhibit their expertise on Sunday.

Visakhapatnam: Filling the canvas with thought-provoking themes, nimble hands get down to work in tandem to exhibit their expertise on Sunday. The painting competition held at Hawa Mahal, Beach Road provided a platform to about 300 children from Classes I to X to bring out their themes, settling for a quiet corner.

Armed with sketches, colour pencils and water colours, among other media, participants focussed on themes such as saving the planet, pollution and highlighting the flora and fauna of the ecosystem on plain sheets.

Organised by art connoisseur Mayank Kumari Deo and representatives of Kalinga Odia Academy, the event was held to mark the 150th birth anniversary celebrations of Maharaja Vikram Dev Verma of Jeypore, who was a great patron of art and literature.