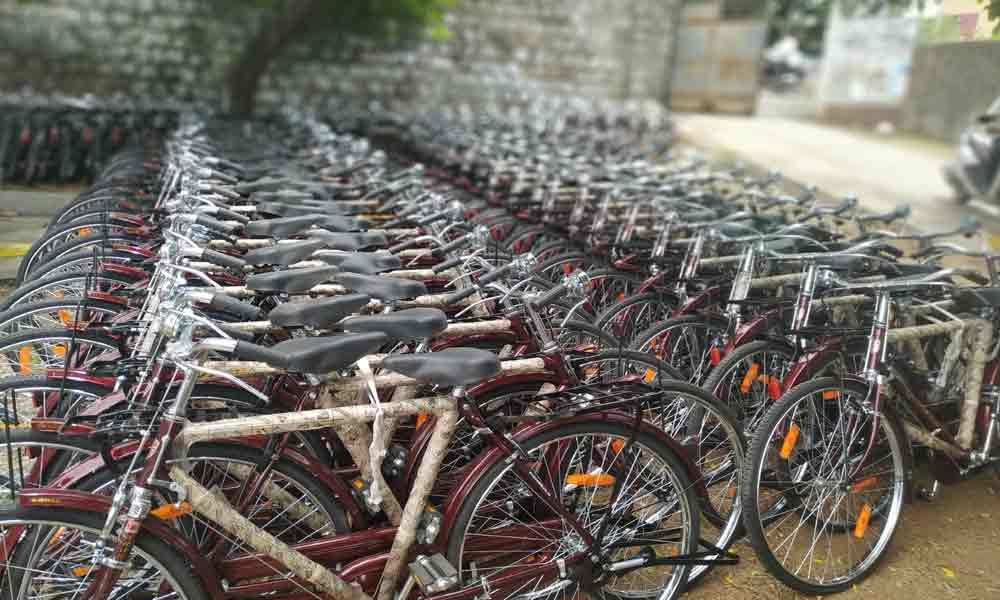 To improve the attendance and academic performance of girl students studying in government schools, the previous TD government had launched Badikosta scheme in 2016-17.

Former chief minster N Chandrababu Naidu had reportedly failed to implement the scheme as cycles purchased just prior to the elections and were not distributed to girl students. After YSRCP coming to power, the Jagan government put all the welfare schemes on hold citing financial fraud. Chief Minister YS Jagan Mohan Reddy had changed the name of Badikosta scheme to Rajanna Badibata.

However, the cycles procured in previous regime have stickers of Chandrababu and former Education minister Ganta Srinivasa Rao. According to an official, the TDP government had entered into a contract with a Haryana-based agency for supply of manufactured cycles under the Badikosta scheme.

As the government has changed, the old stickers have to be removed and should be pasted with stickers of the YSRCP government, he mentioned. The State government reportedly took a decision to distribute the cycles for girl students in 2019-20 academic year.

It may be stated here that Jagan government has to take steps for early distribution of cycles to the girl students. It is pathetic that new cycles which were were procured kept in open places in some towns.