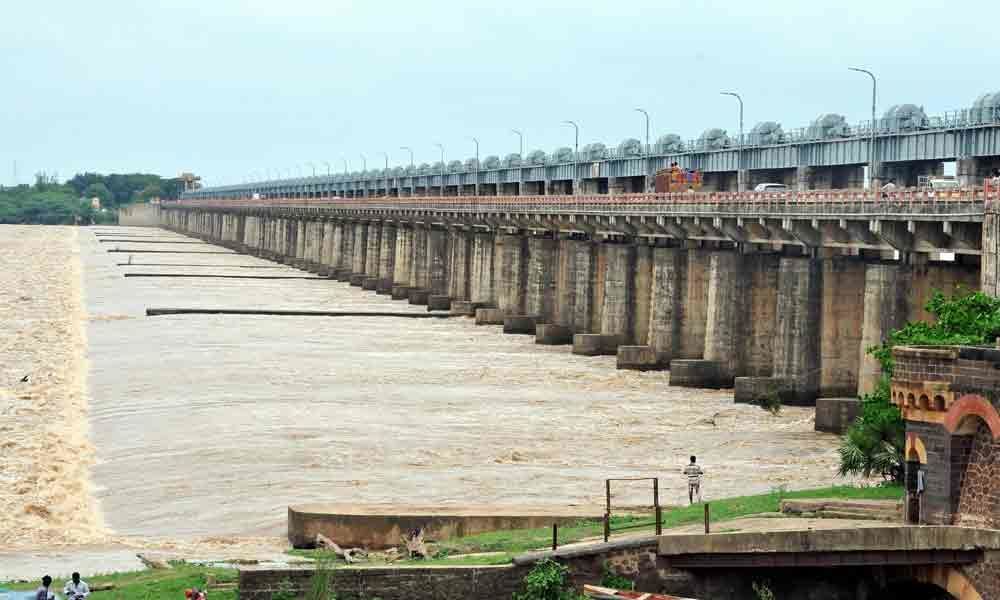 As inflows from catchment areas as well as distributories Indravati and Pranahita increase, the flood water level in River Godavari is rising.

Rajamahendravaram: As inflows from catchment areas as well as distributories Indravati and Pranahita increase, the flood water level in River Godavari is rising. As on Tuesday afternoon, five lakh cusecs of water is being released into sea from Sir Arthur Cotton Barrage at Dowleswaram.

The water level at the barrage is 10.30 feet, which is likely to rise further by Tuesday midnight. All the 175 gates of the barrage are lifted one inch high to release water. Because of the cofferdam at Polavaram project, the flood water is coming slowly into the downstream through a narrow path of the dam. The water level at Kaleswaram is 9 metre, Dummugudem 9.80 metre, Perur 8.67 metre, Kunta 11.6 metre, Koyida 18 metre and Polavaram 9 metre.

According to water resources department officials, the engineers downstream of the barrage were alerted as the flood water level in the river may increase by midnight. As the water from Sabari and Indravati are also flowing into the river, there will be rise in the level.

Barrage gates kept ready to be lifted as per the need. Information has been sent to the district collector about the increase of flood water level in the river and discharge of water into the sea.