Action plan on traffic problems to be prepared: Sumit Kumar 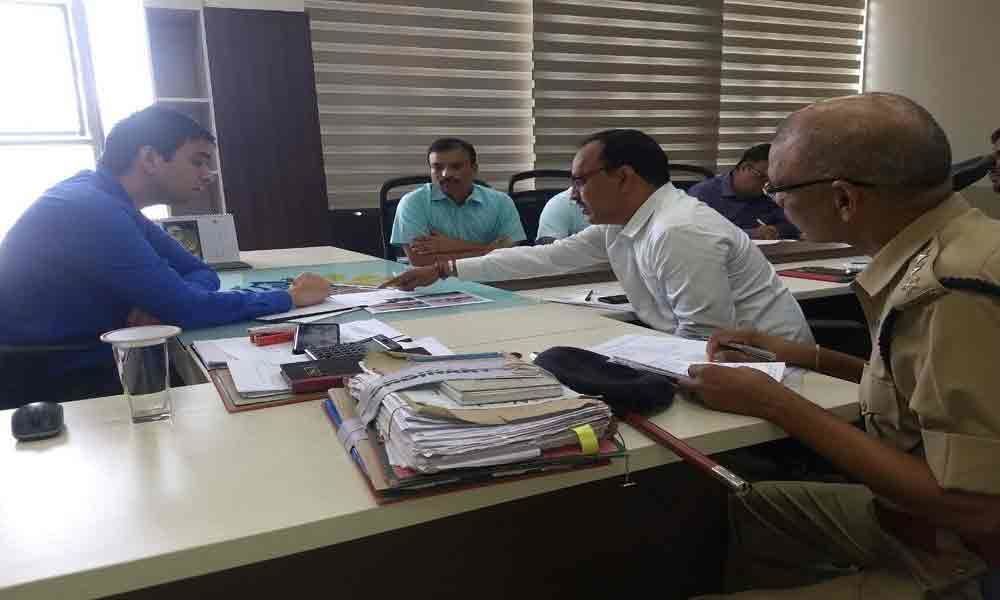 The commissioner asked the officials to devise an action plan to combat traffic problems in the city arising because of increase in number of vehicles. He underlined the need to install traffic signals, closed circuit cameras, along with free left, zebra lines at the junctions.

He asked the officials to identify auto stands which are posing problem. The junctions such as Tadithota, Katari Nagar, Ramalayam centre, Kambala tank, Muggupeta, Nandamganiraju centre etc also be developed.

Installing of signals and blinkers etc at junctions was entrusted to BOT Company, he added. Later, he asked the officials to complete all the said works as per schedule to put an end to traffic woes in the city. BOT general manager Murali briefed about the latest technology relating to signal system at the junctions.