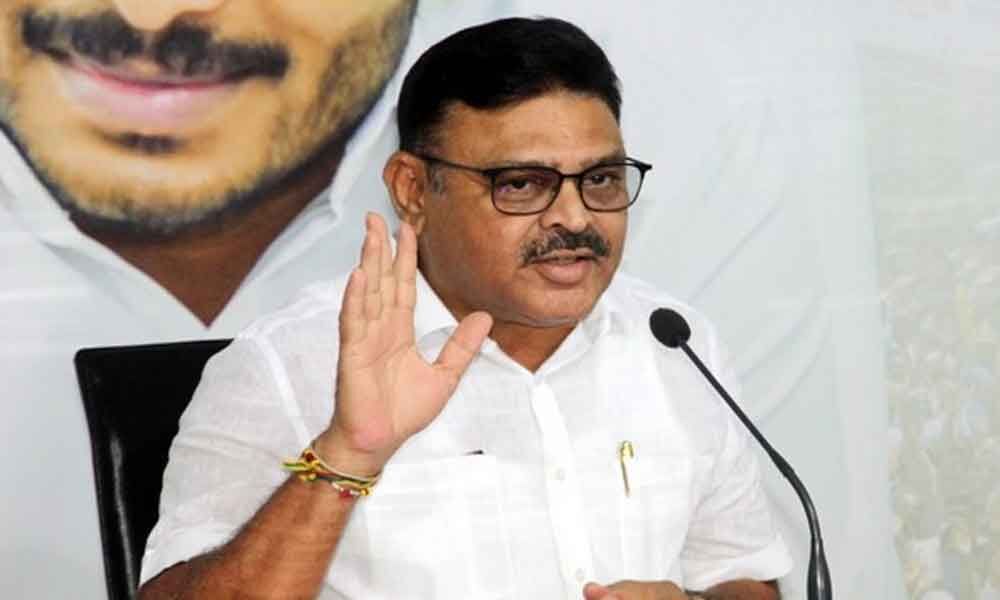 Speaking to media at party central office at Tadepalli on Friday, the MLA claimed that TDP president N Chandrababu Naidu and Nara Lokesh were campaigning for Tirupati bypoll but the response has been very poor.

Apart from criticising the governance of Chief Minister Y S Jagan Mohan Reddy, the father-son duo is going personal out of sheer frustration after the debacle in local bodies' elections.

Reacting to comments of Naidu, Lokesh and Pawan Kalyan on the killing of Y S Vivekananda Reddy, the MLA said everyone should question BJP as the case is under the purview of CBI which is under the control of Central government.

The MLA slammed Lokesh for challenging the Chief Minister and dared him to contest and win in any election and reminded that the father-son duo has no moral right to speak about Jagan Mohan Reddy.

Rambabu slammed Naidu for criticising swamijis who are supporting the Chief Minister and said Naidu has lost mental balance.

Reacting to BJP leader Sunil Deodhar's comments, the MLA said BJP and Jana Sena should seek votes in Tirupati bypoll after fulfilling promises made by them during the previous elections.