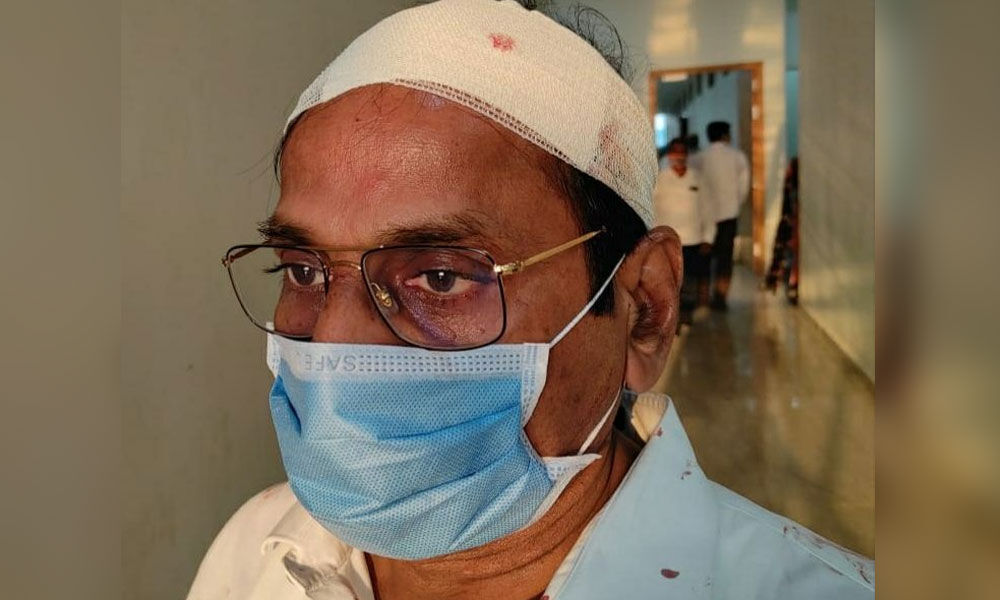 Chalasani Ajay kumar, AP Bar Council member sustained injuries on his head when a plastic chair was hurled at him at the general body meeting of the AP HC Bar Association ont he high court premises on Thursday

All hell broke loose when some of the advocates from Rayalaseema demanded the passing of a resolution to facilitate the shifting of the High Court to Kurnool. When other advocates refused to entertain the demand, they objected to the conduct of the meeting since the term of the general body was expired. In a fit of rage, some advocates hurled plastic chairs resulting in injury to senior advocate and Bar Council member Ajay Kumar.

The police immediately brought the situation under control.

The advocates raised slogans against the highhandedness of some advocates who injured Ajay Kumar.