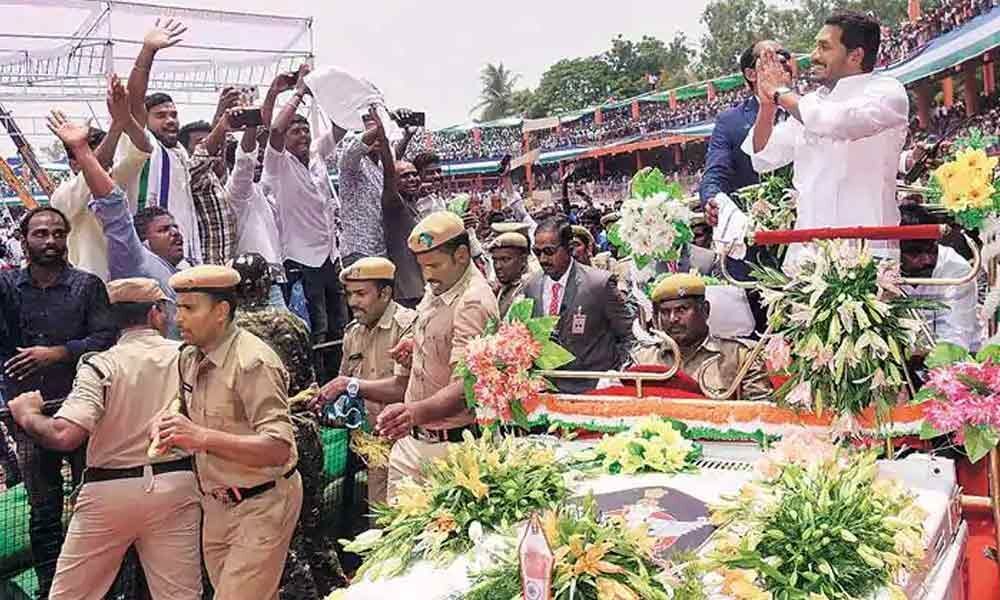 Damodar Goutam Sawang, Thakur's 1986 batch mate, has been given full additional charge as the new DGP (Head of Police Force) and is eventually expected to take regular charge as the state police chief. Anti-Corruption Bureau DG A B Venkateswara Rao (1989 batch) has also been removed and asked to report to the General Administration Department. Both Thakur and Rao were on the "hit list" of the YSR Congress for some time now, as they were perceived to be close to the previous Telugu Desam Party government.

The YSRC, when in opposition, filed many complaints with the ECI and other authorities against the two controversial IPS officers. Thakur has been posted to the nondescript Printing and Stationery Department as Commissioner. The incumbent there, T A Tripathi, has been asked to report to the GAD, according to an order issued by the Chief Secretary L V Subrahmanyam. Kumar Viswajeet, currently Additional DG (Intelligence), has been given full additional charge as DG, ACB, as per the Chief Secretary's order.

In another crucial appointment, 1992 batch IAS officer Shamsher Singh Rawat has been made Principal Finance Secretary, a post that had been lying vacant for a long time. Sending a clear signal that he is serious about bringing in good administration, the chief minister appointed 2000 batch IAS officer Solomon Arokia Raj as his Secretary. Solomon is seen as an efficient and upright officer. K Dhananjaya Reddy (2006 batch) has been posted as Additional Secretary to CM. Reddy is expected to visit the state Secretariat on Friday and continue the bureaucratic rejig, official sources said.