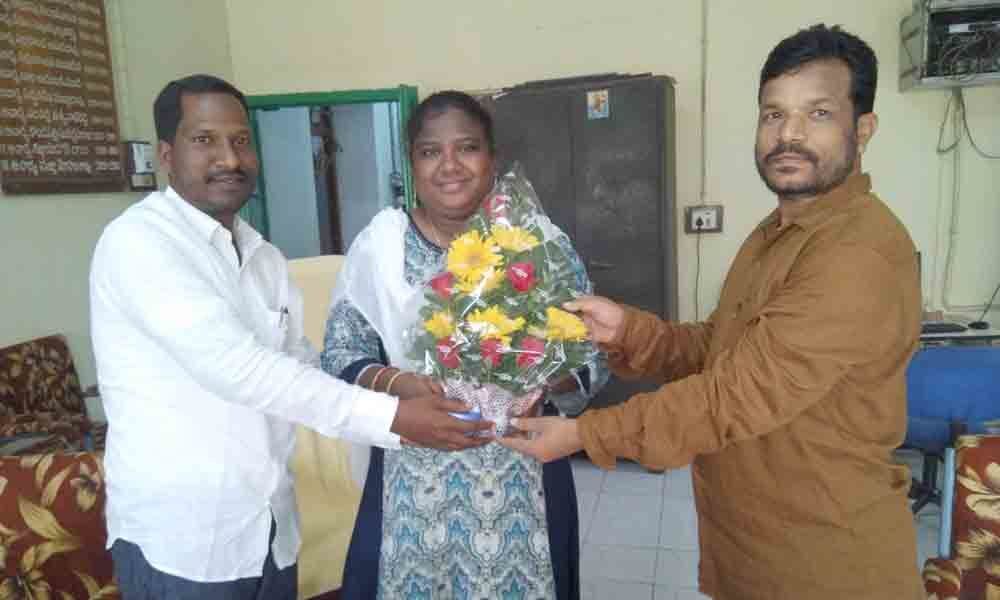 The MP vows to fight for effective implementation of laws related to tribal welfare and their rights.

Promises to raise all issues in Parliament and bring the problems of tribals to the notice of PM Narendra Modi.

Visakhapatnam: YSRCP MP from Araku Lok Sabha (ST) Constituency Gotteti Madhavi has said that she will strive for the welfare of Adivasis. Madhavi, who met J Apparao, Head of the Department of Telugu at Andhra University on Monday, vowed to fight for effective implementation of laws related to tribal welfare and their rights. Expressing concern over lack of basic facilities in many tribal areas, the YSRCP MP said she would raise all these issues in the Parliament and bring the problems of tribals to the notice of Prime Minister Narendra Modi. Chief Minister YS Jaganmohan Reddy was committed to the all-round development of Agency areas and she would work in tune with his commitment for Adivasi development. She pointed out that many tribals were displaced without proper rehabilitation and resettlement. Madhavi said she would also focus on this issue, among several others.